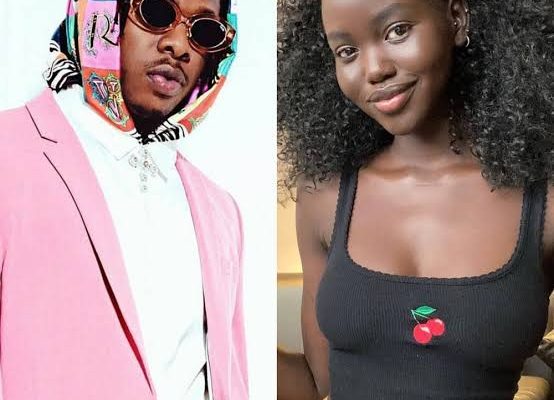 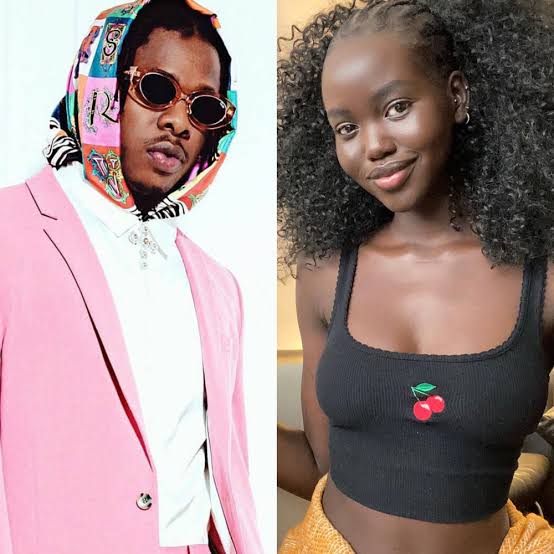 Adut Akech in a question and answer session revealed she’s single and ready to mingle and that surprised a lot of us because per our knowledge, she’s engaged to Runtown after flaunting a diamond ring some time ago.

But according to the reply she gave to a curious fan who asked her whether she’s single, the romantic relationship she had with Runtown may have hit the rock and that is why she claims she’s single and ready to mingle.

A quick check on their Instagram page shows the two have deleted photos of each other on their pages and that insinuates that there’s something wrong somewhere as their relationship may have ended in tears.

Runtown and Adut Akech based on photos and videos sighted online look so much in love with each other but then this post of hers claiming to be single and ready to mingle shows their relationship may have hit the rock.

It might also be that Adut Akech is just teasing her fans and curious people but then Runtown deleting photos they had as well speaks much volume and it’s no doubt the relationship has hit the rock. 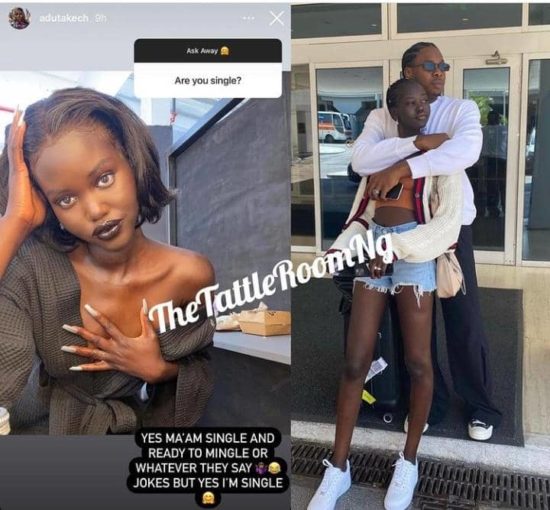 The post Runtown’s Sudanese Girlfriend Says She Is Not In A Relationship With Any Guy appeared first on .

CHECK IT OUT:  “I Was One Of The Outstanding Players” – Another Super Eagles Star Laments Rohr’s Snub