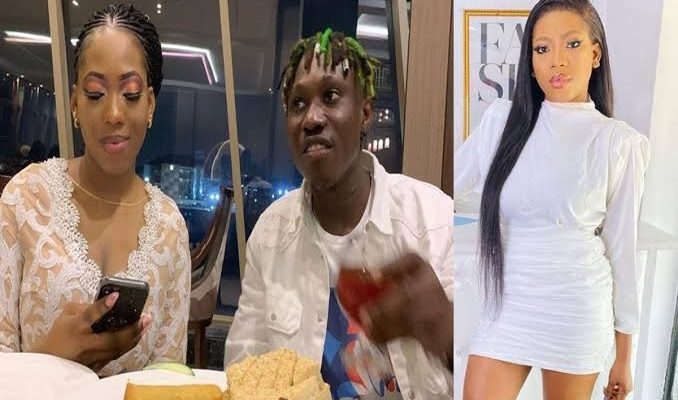 Bolanle, the video vixen who was featured in artist Zlatan Ibile’s smash hit song, is said to have been kicked out of her six-month marriage by her husband, who accused her of being violent. 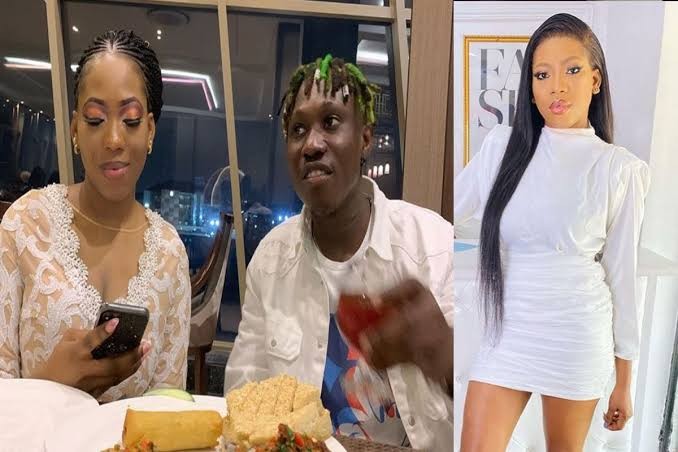 Mz Bolanle, as she is affectionately known, is a mother of one and is married to a man named Lincoln.

Lincoln accuses her of being abusive towards him in a video that has gone viral on Instagram, prompting her to return to her father’s house.

He also said that she didn’t appreciate what he had done for her. Her father fled from her mother because of her mother’s violent personality, according to the spouse.

Photo frames were thrown on the floor in the videos, along with other damaged things and furniture. 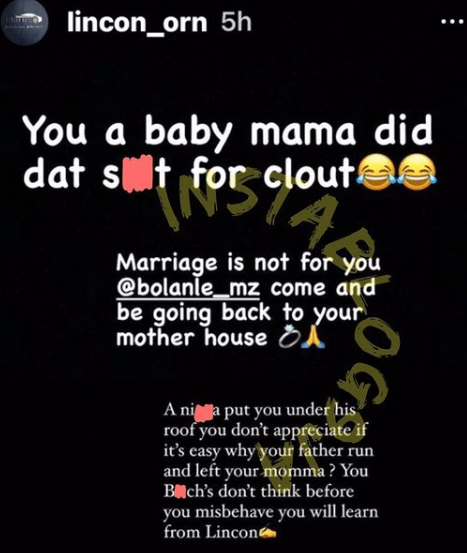 CHECK IT OUT:  “I’m broken. I want my God-fearing wife back” – BBN’s Tega’s husband breaks silence