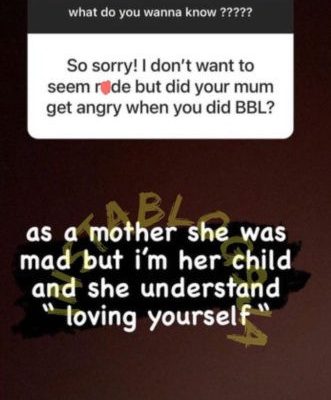 Reality TV Star, Khloe has revealed her mother’s reaction after she underwent a buttocks enlargement surgery.

Recall that Khloe once posted a picture of herself nak€d while she was undergoing the surgery so as to increase her butts.

Khloe, in a Question & Answer session on Instagram, revealed that her mother was angry when she found out that she did butt enlargement surgery.

Khloe asked, “What you wanna know?

A random fan wrote: “So sorry! I don’t wanna seem rude but what did your mom get angry when you did BBL?”

Khloe then replied saying, “as a mother she was mad but I’m her child and she understand ‘loving yourself’” 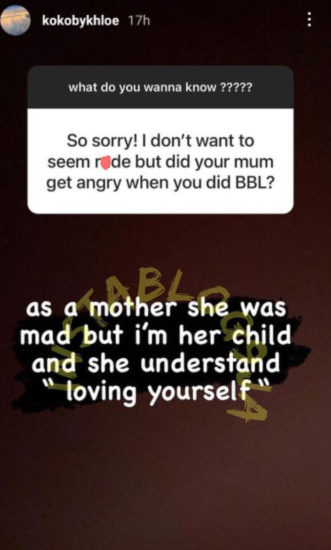