The six-time Ballon d’Or has expressed his sadness after being forced to cut short his time with the Blaugrana due to a breakdown in contract talks. 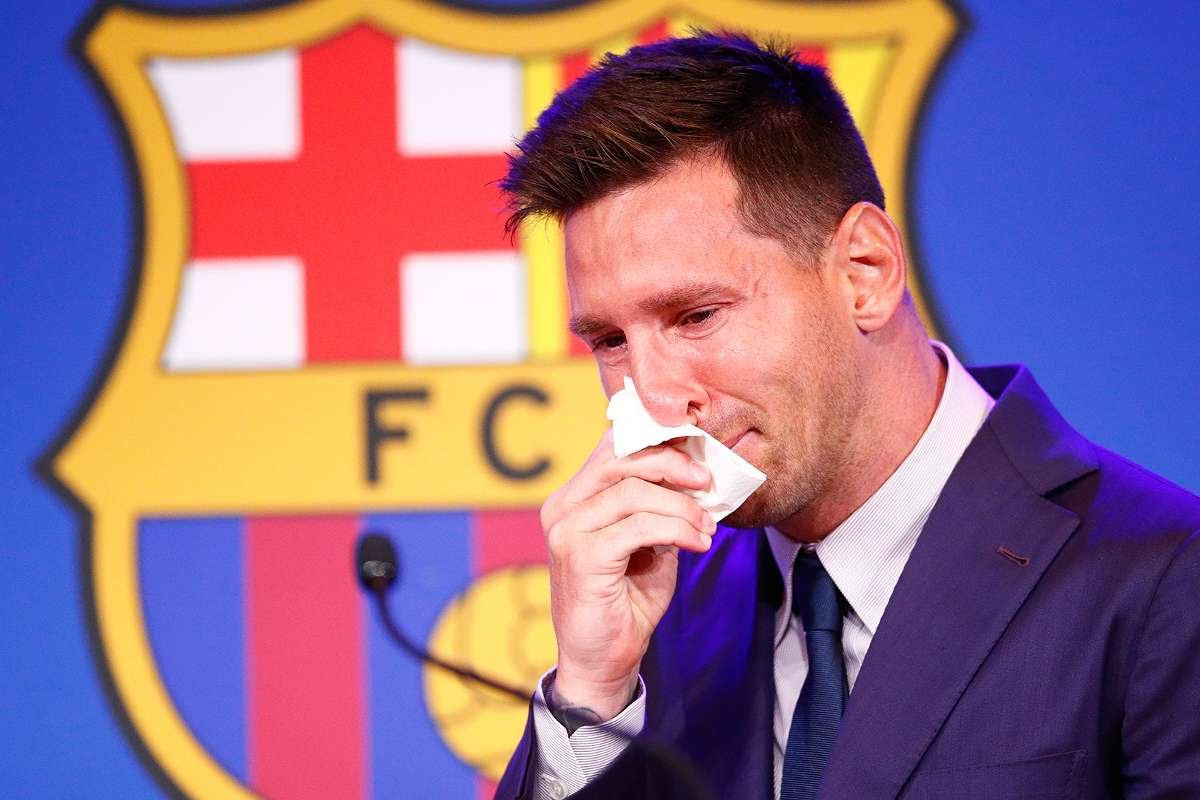 Lionel Messi was in floods of tears at his final press conference as a Barcelona player as he confirmed that a move to Paris Saint-Germain “is a possibility”.

Messi became a free agent upon the expiration of his contract at Barca in June, and the club confirmed on Friday that they have been unable to tie him down to a new deal due to “financial and structural obstacles”.

The Blaugrana couldn’t re-sign the 34-year-old without exceeding La Liga’s wage limit, meaning their talismanic captain will now be forced to find a new club, and he admits that the whole situation has come as a great shock to him.

“This is very difficult, I was not prepared for this. Last year I was convinced to leave, but this year we were going to stay, my family and I wanted to continue here, in our house,” said Messi.

“After 21 years I’m leaving with my three Catalan-Argentine kids. We’ve lived in this city, this is our home. I’m just really grateful for everything, all my team-mates, everyone who has been by my side.

“I gave everything for this club from the first day I arrived to the last. I never imagined having to say goodbye as I didn’t think about it. What’s clear is I did everything possible, and they (Barca) couldn’t do it because of La Liga.

“A lot of things have been said about me, but on my behalf we did everything I could because I wanted to stay. Last year I didn’t want to stay and I said it. This year I did and I couldn’t.

“I love this club. Without seeing the fans for over a year-and-a-half has been very hard. If I had imagined it [his leaving speech] I would’ve imagined the Camp Nou full and being able to say goodbye properly.”

“At the moment nothing is confirmed, I received a lot of calls after the Barcelona statement. We’re talking about it.”