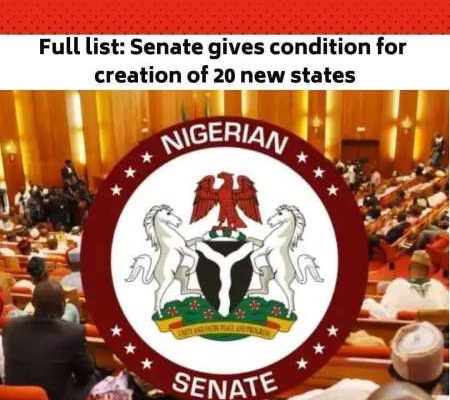 The agitation for the creation of more states in the country is about to enter a new phase. This follows the recommendation by the Senate Committee on Constitution Review that referendum be conducted for 20 new states by the Independent National Electoral Commission (INEC). 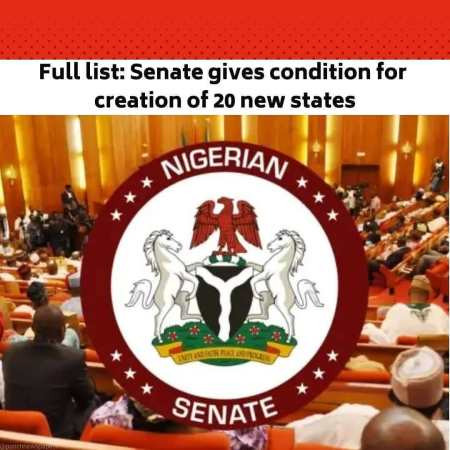 According to The Nation, the committee’s decision was reached after considering various factors including the ability of civilian administration to create states. It recalled that the defunct Mid-Western Region was created in 1963 in the First Republic.

A highly placed source said the Senate panel will soon meet with the House of Representatives Committee on Constitution Review for joint consultations on some of the approved amendments. Creation of new states tops the list of amendments to the 1999 Constitution.

The list of requests for new states is quite long but sources said referendum may be conducted for no fewer than 20 states.
Some of the requests include ITAI State (from Akwa Ibom State);State status for the FCT; Katagum State from Bauchi State; Okura State from Kogi East; Adada State from Enugu State; Gurara State from Kaduna South; and Ijebu State from Ogun State.

Others on the list are Etiti State from the South East Zone; Orashi State from Imo and Anambra states; Njaba from the present Imo State or the excision of Aba State from Abia State; Anioma State from Delta State; Torogbene and Oil River States, from Bayelsa, Delta and Rivers states; and Bayajida State from parts of Katsina, Jigawa and Zamfara states.

CHECK IT OUT:  How Brave 17-year-old Girl Rescued Three Siblings From Being Burnt To Death In Anambra
(Visited 43 times, 1 visits today)