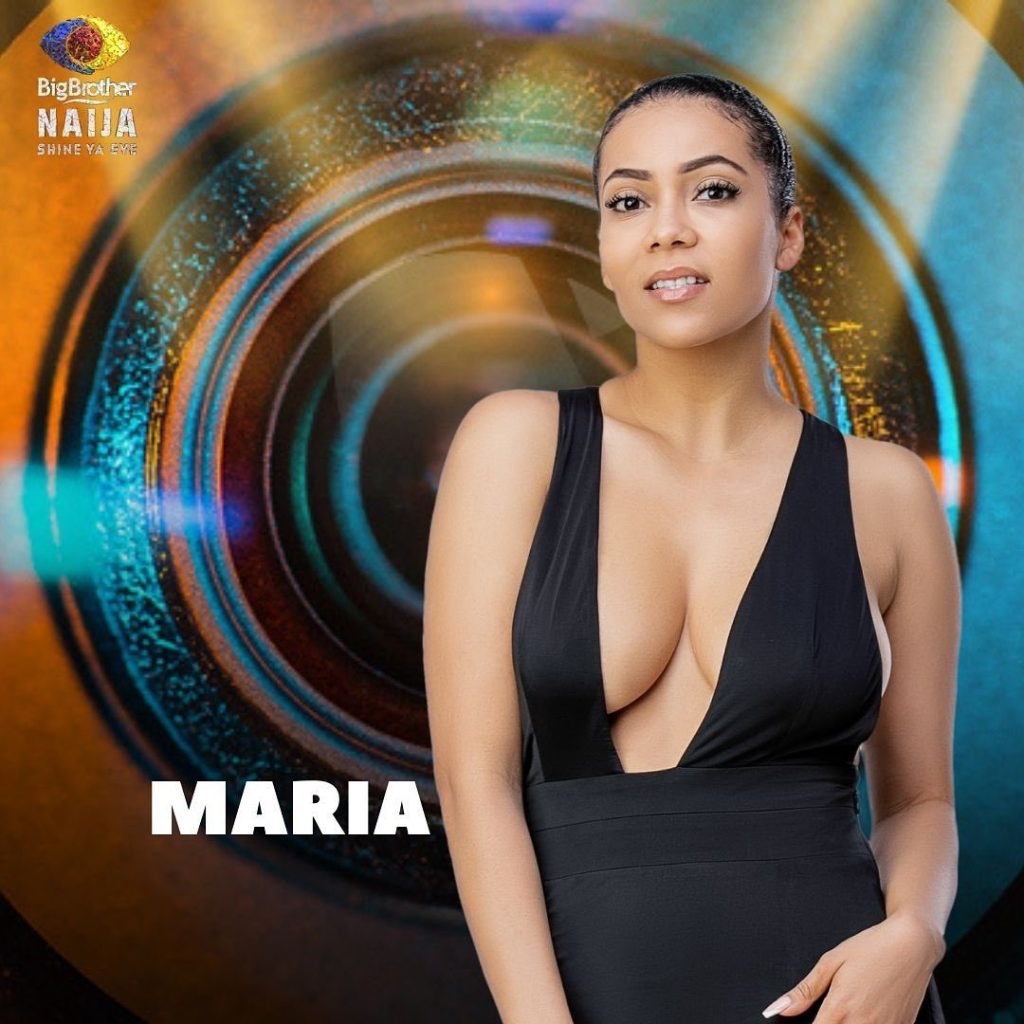 It’s another Monday in the Big Brother Naija Shine Ya Eye season and as usual, there’s a new Head of House to lead the fourth week… Maria, the outgoing Deputy Head of House.

Unexpectedly, Head of House Maria picked Boma as the Deputy Head of House. Since Maria is barred from the Head of House lounge, DHOH Boma was asked to invite someone else to the lounge. He picked Jackie B, again.

So, Biggie told Head of House Maria that today’s nomination show comes with a twist. Here’s what’s going to happen this week:

Maria was asked to keep Point 3 a secret. She had to convince the Housemates that Biggie has scrapped today’s nominations and has given her the absolute power to evict two housemates on Sunday.

Maria also had to convince the house that the Housemates who least impress her will be evicted. She had to tell them that she’ll create a scoring/ranking system for the Housemates. “Please do not turn them to slaves,” Biggie said.

HOH Maria had to make sure she convinced the HMs to believe this lie. She was provided with a notepad and pen to score/rank the HMs. Maria’s success on this task will come with a reward, and failure will have consequences.

A good actress, if we do say so. See how well Maria executed this task below:

The post #BBNaija: Today’s Nomination Show Comes with a Twist appeared first on .