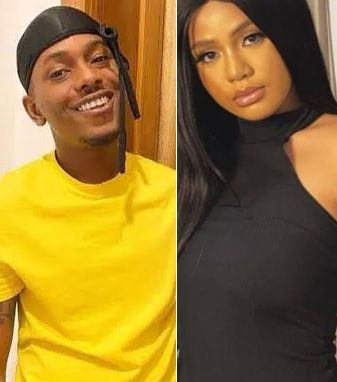 Actor, Timini Egbuson has reacted after his ex-girlfriend, Lydia Balogun called him out.

Lydia, who Timini dated when she was 19 and he was 32, called him a “pervert and cradle snatcher who targets naive young women for relationships.” She claimed he is currently seeing an 18-year-old student.

She also claimed that he has slept with “everything breathing thing in Lagos and Abuja” (read here).

Timini took to Snapchat to respond to Lydia’s accusations.

He said he is a “single adult man who has dated women of different ages” and that all of them were “older than the legal consenting age”, which is 18 years old.

He added that he and Lydia dated for two years and they were both consenting adults at the time and their “families knew and approved of each other.”

He explained that their relationship was “volatile” and didn’t work due to fault from both sides so they had to go their separate ways and he has since learned from it.

He added that he does not “condone having relationships or courting anyone under the age of consent”.

CHECK IT OUT:  Don Jazzy In Tears As He Begs Nigerians To Pray For Him (Watch Video)