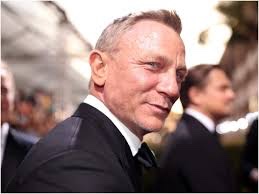 British actor, Daniel Craig, 53, has said he will not leave his children a fortune of sums made from his acting career as he finds the idea of inheritance “distasteful”.

Craig who has amassed a fortune over his acting career, portraying James Bond and appearing in other movies told Candis magazine that he plans on giving a lot of his money away rather than passing all of his money to his children.

“Isn’t there an old adage that if you d*e a rich person, you’ve failed? I think Andrew Carnegie gave away what in today’s money would be about 11 billion dollars, which shows how rich he was because I’ll bet he kept some of it too.

But I don’t want to leave great sums to the next generation. I think inheritance is quite distasteful. My philosophy is: get rid of it or give it away before you go.”

The post I find inheritance distasteful and I won’t leave anything for my children — James Bond actor, Daniel Craig appeared first on .

CHECK IT OUT:  Gbas Gbos! Woman In Court For Beating Mother-in-law To Coma