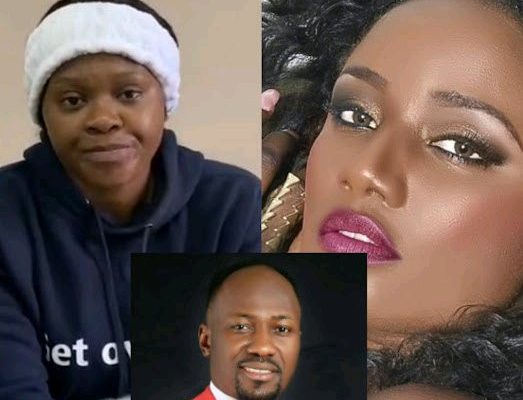 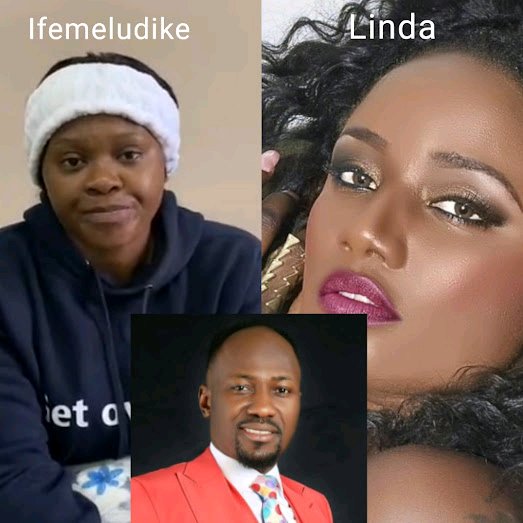 There were reports that Ifemeludike had alleged that she had been hooked up with Apostle Suleiman by another Nollywood colleague, Lynda Clems; adding that the man of God had s#x with her in a hotel in Ikeja, Lagos. Further, she revealed that Apostle Suleiman had discreetly given her his number.

She alleged that both of them met without the knowledge of the pimp, Clems; noting that the second session took place at another named Hotel in Lagos.

She had claimed that at the time of the sexual tryst; she had no idea how prominent the man of God was.

Her confession had seen the alleged pimp, Clems threaten court action.
In his reaction to the trending allegations, Apostle Suleiman said he was unbothered by them.

His reaction came during a church service held on Sunday, August 22, 2021.

“Why are you encouraging a man that is not discouraged? I’m upset since yesterday. I saw messages saying that I should not worry.

“Read my countenance, when you see me moody you can encourage me. Do I look like somebody who needs encouragement? I’m not discouraged at all and I’m not angry at those insulting me on social media.

CHECK IT OUT:  Twitter User Warns Female Residents In Lekki Against Using Water To Wash Their Private Part

“What I don’t see cannot affect me. Somebody sent me a video from a blog yesterday, that was the last time it was on my phone. I guard my heart so that I can have fellowship with God. Stop all these rumors and gossips. What will not encourage me I don’t give attention to it,” Apostle Suleman said.

The post Apostle Suleman Reacts To Actress Chioma Ifemeludike’s Allegations That He Slept With Her appeared first on .