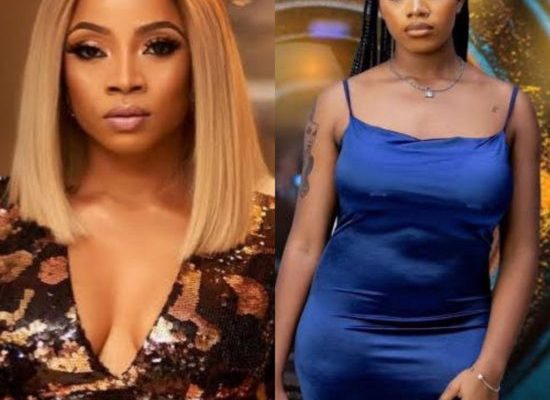 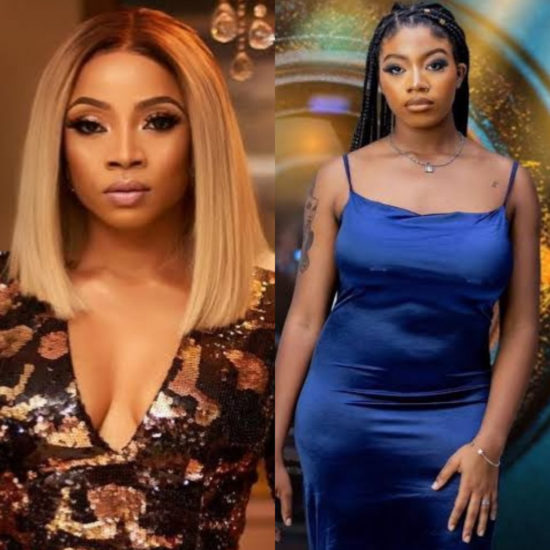 Toke Makinwa was slammed by a number of Twitter users because of a tweet she shared after Angel was body-shamed.

Big Brother Naija Housemates, Nini, Maria, and Peace had found their way into the executive lounge where they proceeded to say nasty things about Angel, including claiming that she has the “nastiest, dirtiest v**gina”.

She tweeted: “Thought you guys said I made it up, so who did Michael get his fingers into?”

Toke’s tweet angered people and they called her out for making such claims about Angel. 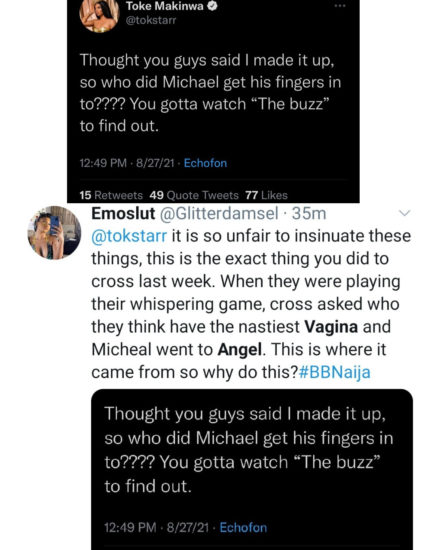 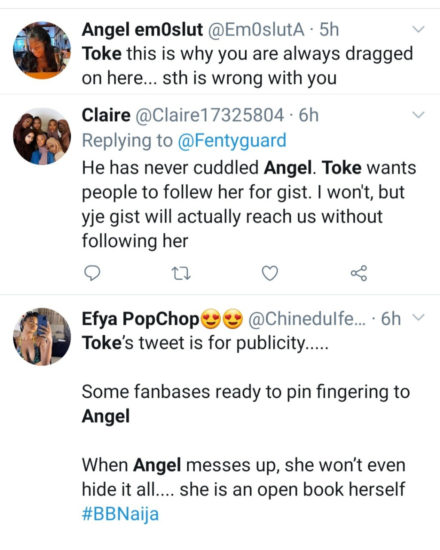 CHECK IT OUT:  “I Will Be More Party Conscious In This Final Term” – Buhari