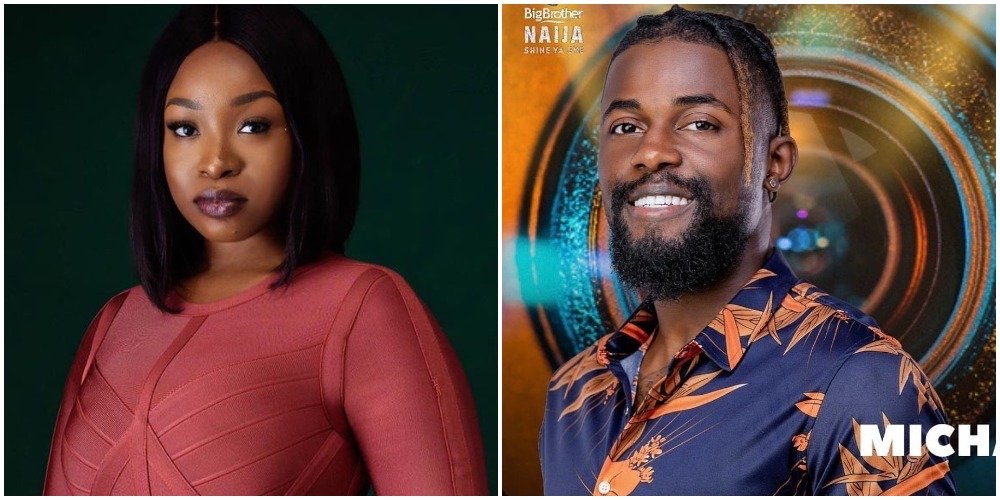 Big Brother Naija, BBNaija housemate Jackie B has said she is not ready to be in a relationship with Michael.

Jackie B said this on Saturday night after the party as Emmanuel confronted her about her situation with Michael.

Michael and Jackie B kept a distance from each other during the Saturday night party and after.

Michael explaining to Peace and Angel after the party said Jackie B is making him confused as she wants him to herself alone yet does not want to define what they are.

Jackie B, on the other hand explaining to Emmanuel, said she is not ready to be Michael’s girlfriend yet as she’s still getting to know him but would not accept any form of disrespect from him in the house with other girls to make her look stupid.

According to her, Michael wants her to be kissing and doing other stuff with him in the house but she rejected it.

“I like Michael but don’t know him enough to just be his girlfriend.

“He wants us to define things just now, he wants kissing and all but I’m not that kind of person I take time before I get deep with anyone and not ready to do that yet.

“I’m not a child I’m almost 30 and can’t just enter any relationship for the sake of it but he wouldn’t wait,” Jackie B tells Emmanuel.

The post BBNaija: Why I don’t want to kiss, be in relationship with Michael – Jackie B appeared first on .

CHECK IT OUT:  Civil Servant In Court For Allegedly Stealing N671, 000 Belonging To Taxpayers In Osun