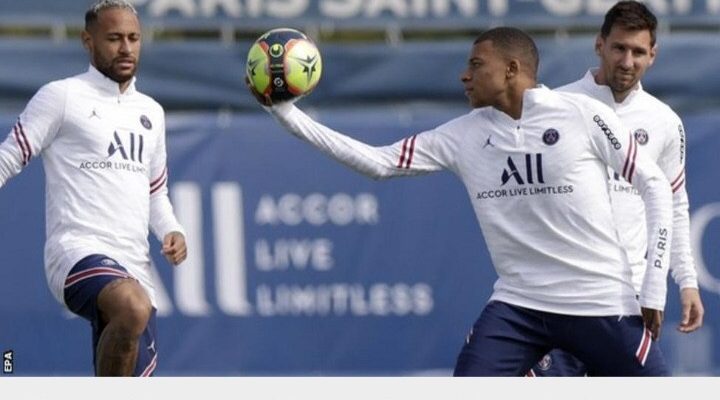 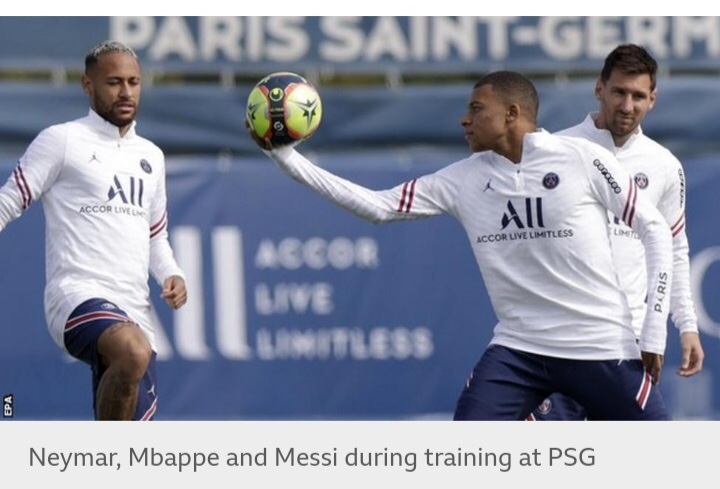 Lionel Messi, Neymar and Kylian Mbappe have all been included in Paris St-Germain’s 22-man squad for their Ligue 1 game at Reims on Sunday.

Messi has not played for the club since sensationally signing for them earlier this month after leaving Barcelona following the expiry of his contract.

The Argentina forward last played on 11 July when he helped his country beat Brazil in the Copa America final.

“He’s a great professional who is adapting very fast to his new team-mates and to a new context.”

France striker Mbappe is also in the squad despite speculation about the 22-year-old’s future.

Real Madrid are bidding to sign Mbappe before the transfer deadline at 23:00 BST on Tuesday, 31 August. smiley

The post Messi Named In PSG Squad For Reims Game appeared first on .

CHECK IT OUT:  “My dad was a policeman but is bad is bad” – Laycon speaks on #EndSARS again