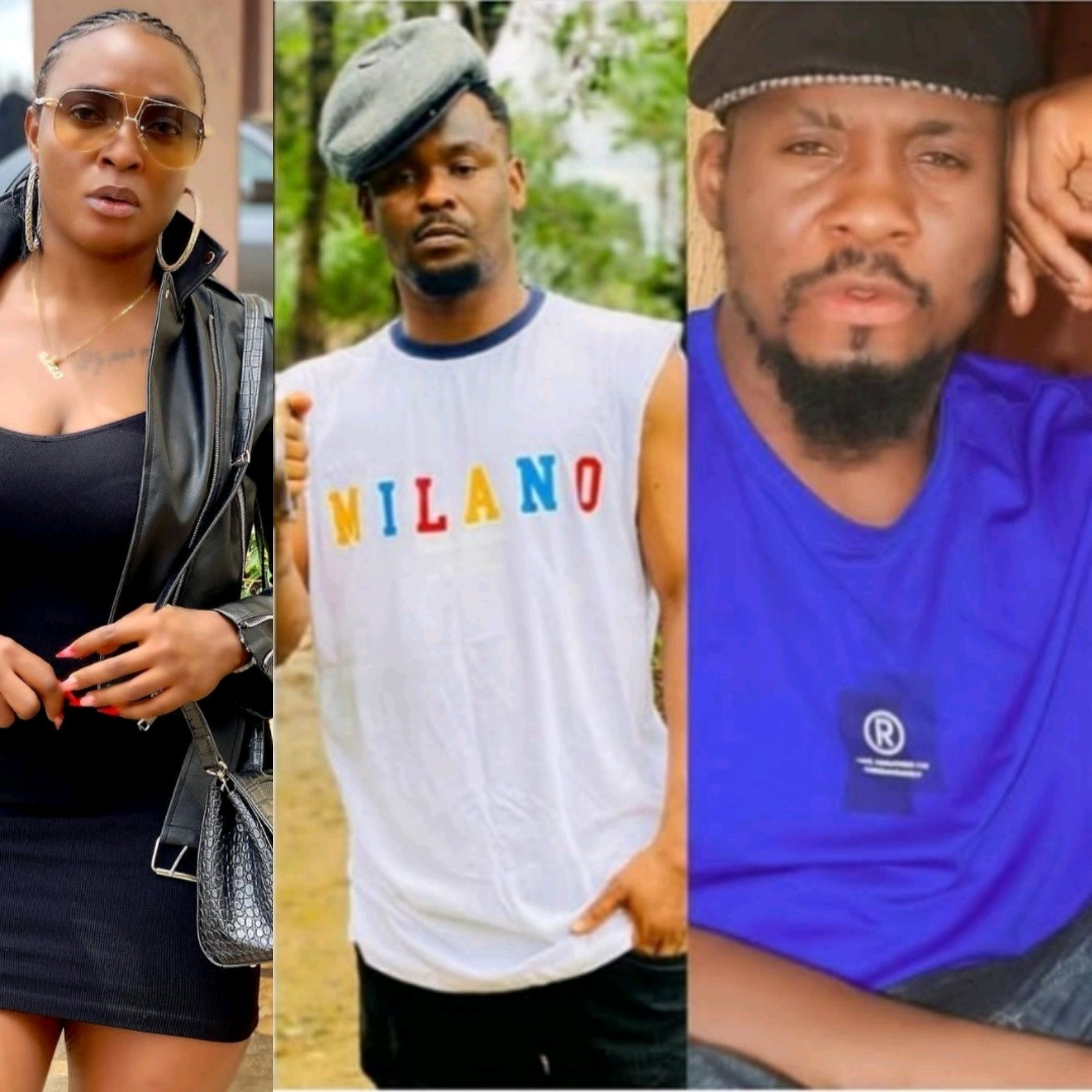 Blessing Okoro has disagreed with actors Zubby Michael and Junior Pope Odonwodo over their posts slamming their colleague Annie Idibia for making her marriage crisis public.

Zubby had said that any woman who calls her husband out online is a “wrong woman” without the fear of God and home training.

Junior Pope said no one should ever bring their marriage woes to social media.

Blessing responded, telling both actors that before a woman brings her marriage troubles to social media, she must have tried everything privately, including talking to the man and involving their pastors and the woman only makes it public when she’s had enough.

She went on to advise women to speak out if they need to and not allow men to blackmail them into silence. 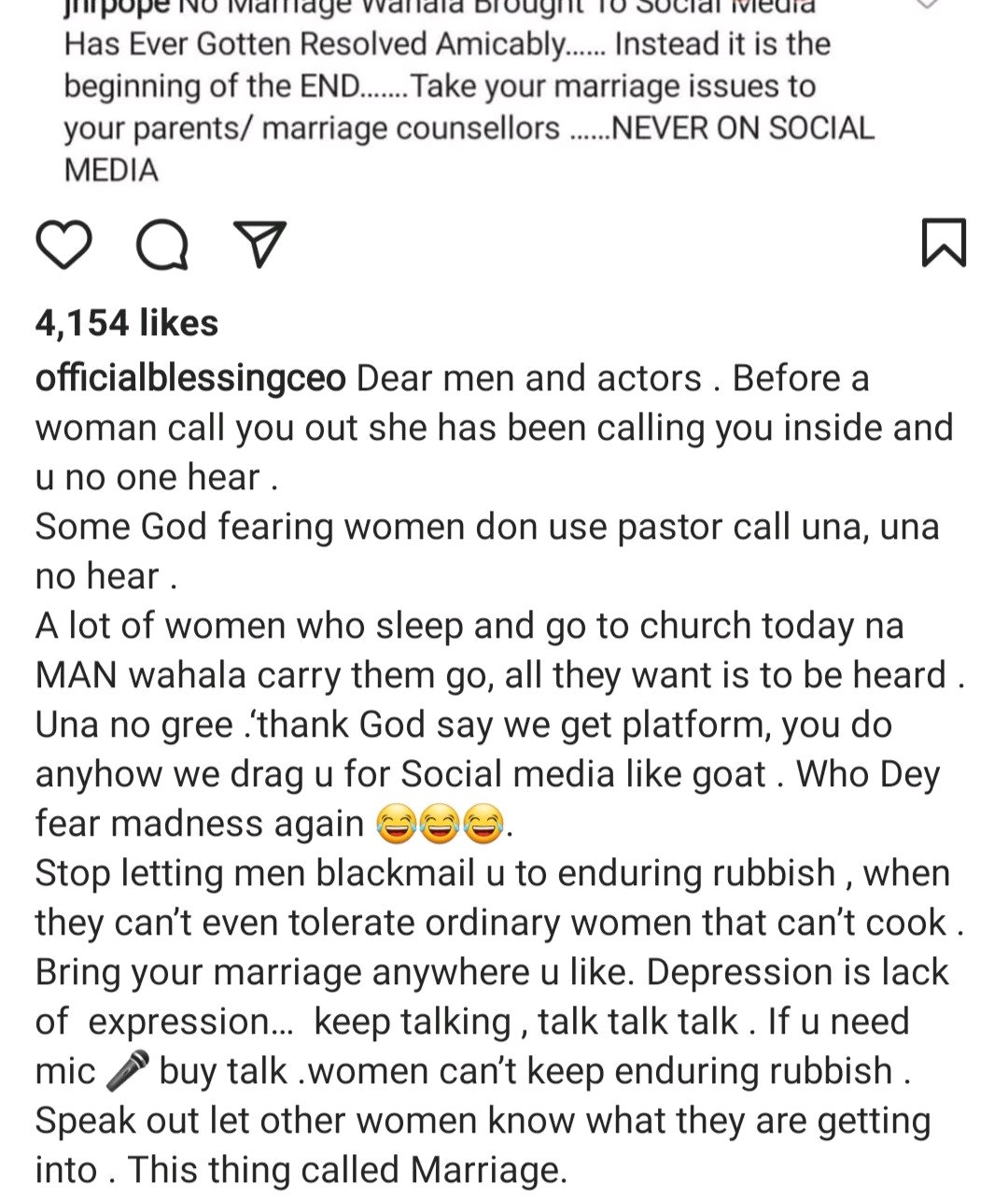 Junior Pope responded, telling Blessing that if a woman has been enduring then she should continue to cherish what she has with her man. He reiterated that once the issue is brought to social media, there’s little to no hope of redeeming the marriage. 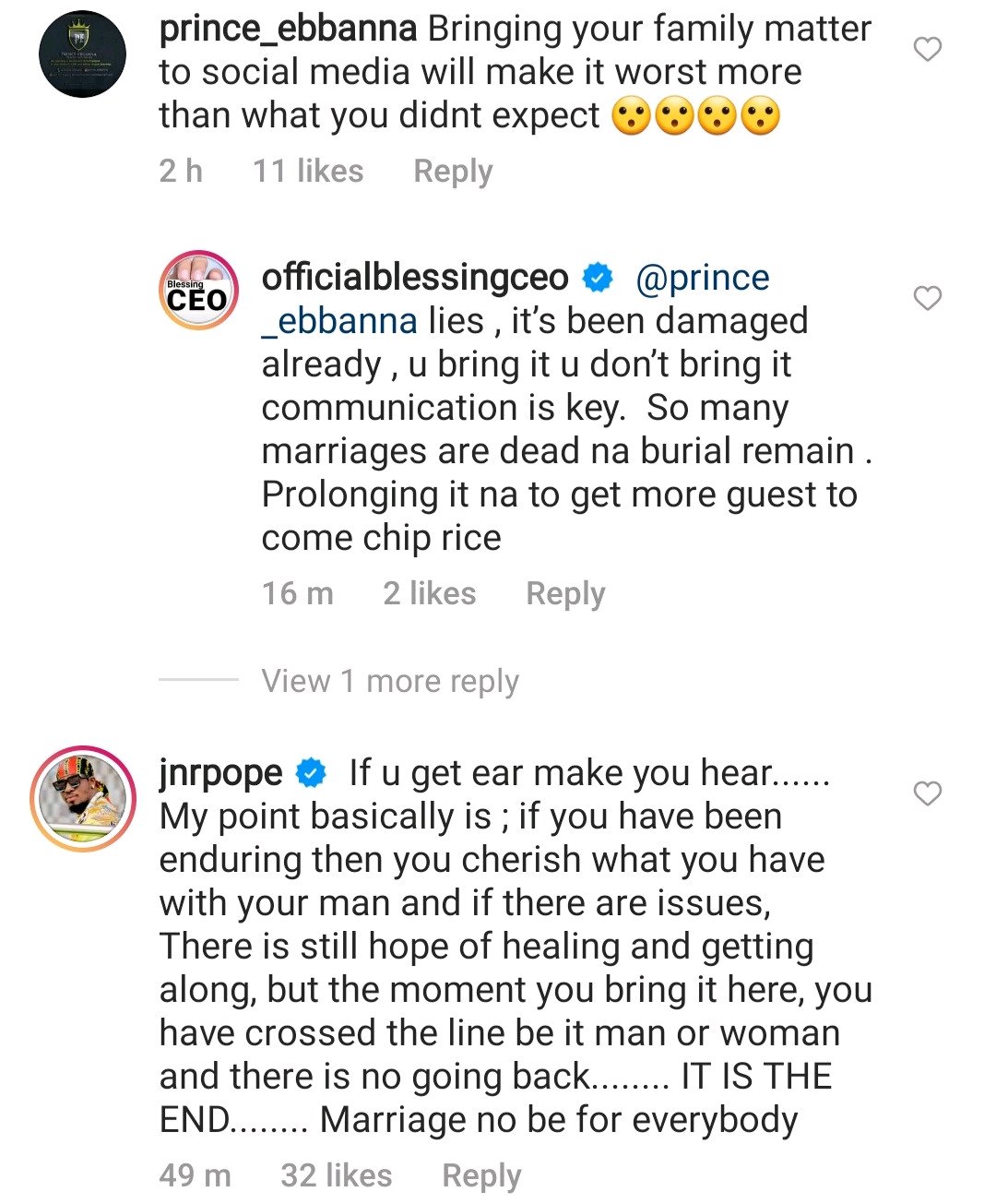 CHECK IT OUT:  EFCC Board: List of 5 New Members Freshly Appointed by President Buhari and the States They Came from