Adigun Oladapo Oludele, a final year student of the University of Ilorin, has been sentenced to one year imprisonment for internet fraud. 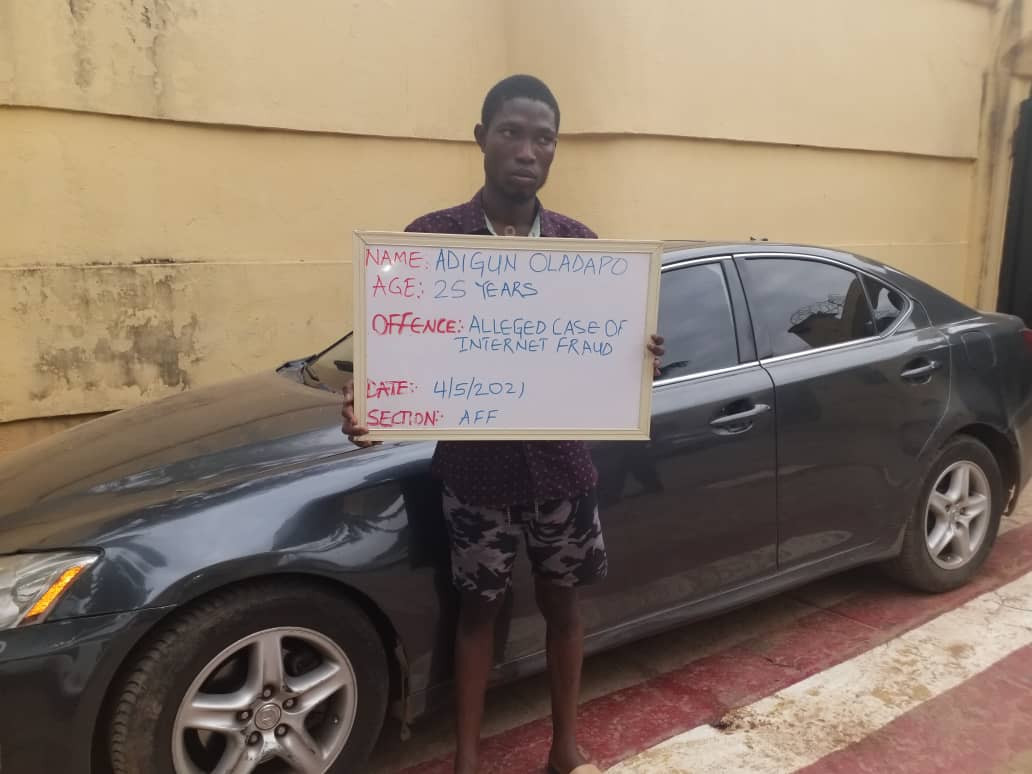 Justice Sikiru Oyinloye of the Kwara State High Court sitting in Ilorin who convicted him on Friday ordered that his Lexus car – lS250 registered KJA 141 GU Lagos, be forfeited to the Federal government of Nigeria.

The court further ordered that the sum of N158,000 domiciled in Adigun’s GTB account found to be proceed of unlawful transactions be forfeited to the Federal government. .

In addition, the iPhone 12, iPhone 7, Apple Watch and two laptops recovered from him at the point of arrest were also forfeited.

The 25-year-old convict, was prosecuted on two-count charge by the Ilorin Zonal Command of the Economic and Financial Crimes Commission, EFCC.

He scammed his victim through impersonation via Ohio Pandemic Unemployment Assistance Portal in the United States of America to obtain the sum of 6,328 US dollars sometime between December 2020 and June 2021.

The defendant pleaded guilty to the charges.

Following his plea, counsel to the anti-graft agency, Andrew Akoja, urged the court to convict the defendant on his plea bargain agreement dated August 4, 2021.

The defence counsel, Mr T.A. Hammed did not oppose the position of the EFCC counsel.

In his judgement, Justice Oyinloye, said, ” this honourable court, has not seen any reason why the defendant should not be convicted, as the prosecution has placed enough materials before the court to prove its case beyond reasonable doubts.”

CHECK IT OUT:  Man Dies In Car Accident In Asaba, Three Days After His Wedding (Photos)

The trial judge pronounced Adigun guilty and sentenced him to one year in prison with an option of N250,000 fine.