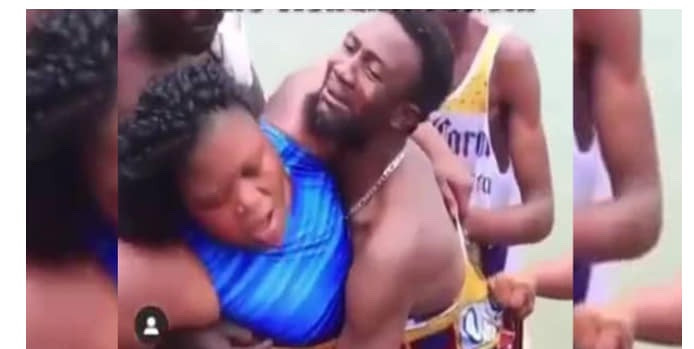 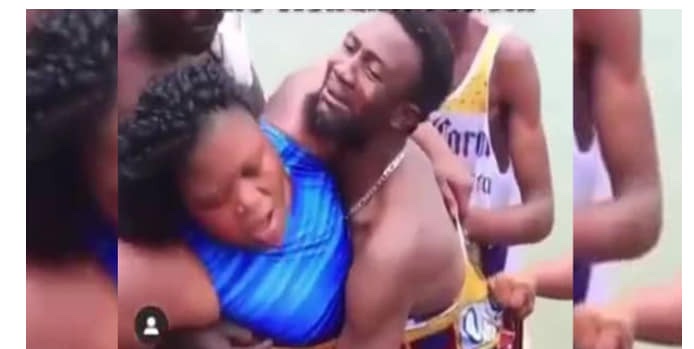 A couple has been spotted in a viral video crying for forgiveness after getting stuck in each other, while having sex at Lake Bosomtwi in Ghana.

It was learnt that the couple who were in pain after the incident, called out to their friends who came to their rescue.

The man who was the one screaming the most in the video, begged for forgiveness and yelled that the excruciating pain was unbearable.

Lake Bosumtwi is the only natural lake in Ghana. It is situated within an ancient impact crater that is about 10.5 kilometres in diameter. It is about 30 km south-east of Kumasi the capital of Ashanti and is a popular recreational area.

It took the intervention of the traditional authorities to appease the river Gods for forgiveness. They poured libation obviously to beg the gods for the couple to be separated peacefully. They were later sent to the hospital where they went through series of treatments.

Watch the video below…………

The post Couple stuck in each other while having s3x (video) appeared first on .

CHECK IT OUT:  Cristiano Ronaldo Reveals How Many FIFA World Cups He Would Have Won With Brazil