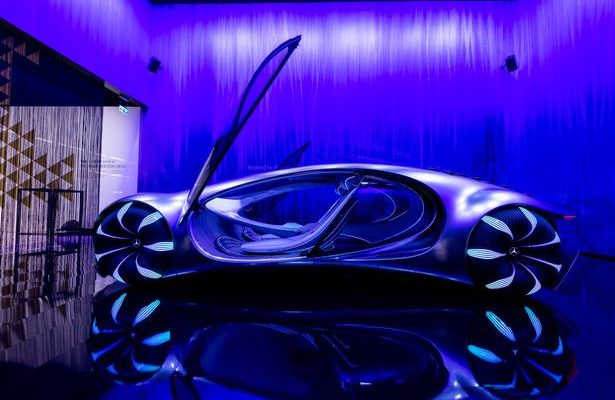 Elon Musk has pioneered self-driving cars driven by Artificial Intelligence, as well as a computer interface controlled by the human brain, but Mercedes has gone one better and combined both of those ideas into a revolutionary new concept car. 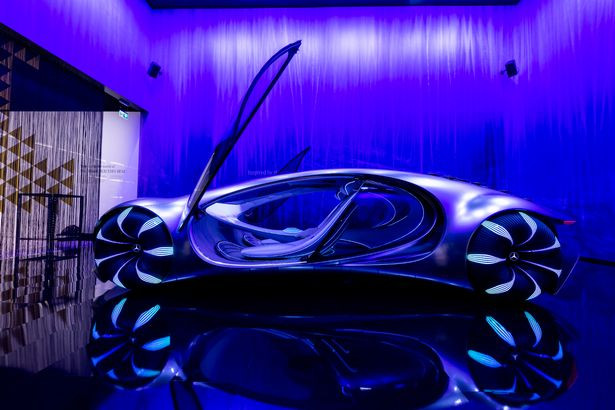 The Mercedes Vision AVTR is a demonstration platform for some wildly futuristic ideas that you might see cropping up in the German car manufacturer’s next-gen saloons in a few years’ time.

Instead of getting distracted by dashboard controls, Mercedes’ designers envision a future where drivers can adjust the radio, aircon, and maybe even one day the sat-nav by just thinking about them.

The all-electric Mercedes Vision AVTR features an array of incredible features pointing the way to a sci-fi future of mind-reading cars that can drive forwards, backwards… or sideways.

To pull off this high-tech magic, the driver needs to wear a helmet with electrodes that detect brain activity and translate it into impulses that relate to different aspects of the car’s control system.

You “train” the Brain-Computer Interface [BCI] by thinking about the various components of the car while a computer projects lights onto the dashboard – as you think about each one in turn the computer tracks how your brain is working at that exact moment and maps it onto that system.

Mercedes spokesperson Britta Seeger says the company is “setting another milestone in the merging of man and machine.

“This opens up revolutionary possibilities for intuitive interaction with the vehicle.”

The car includes a number of other futuristic design features, such as four independently-controllable high-performance near-wheel-built electric motors for next-generation road holding and a “crab-like” sideways driving capability.

CHECK IT OUT:  5 Simple Ways To Give Your Old Smartphone A Speed Boost

Its revolutionary battery technology is based on graphene-based organic cell chemistry ruling out toxic and hard-to-find rare earth metals.

Adding to the car’s eco-credentials, the battery is designed to be 100% recyclable and will be able to run for over 400 miles on a single fast charge.

Even the seats are covered in vegan-friendly Dinamica faux leather and the dashboard is a single curved display unit that displays the surrounding area is shown in real-time 3D graphics for a fully immersive feeling of what’s around the car in every direction.

It’ll be a few years until these features trickle down into production cars, and it remains to be seen how well drivers will take to wearing a mind-reading helmet to control the radio, but the concept is an amazing insight into how car designers are thinking about the future.