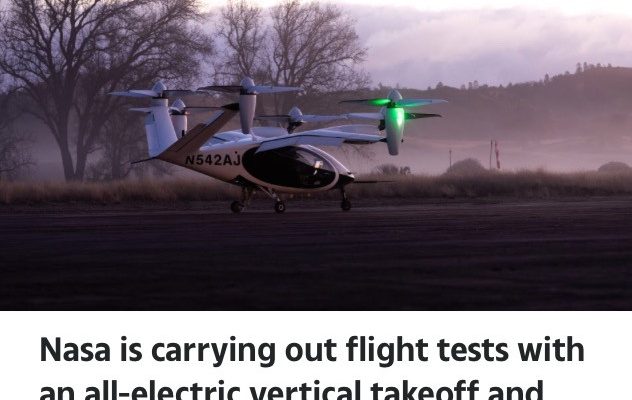 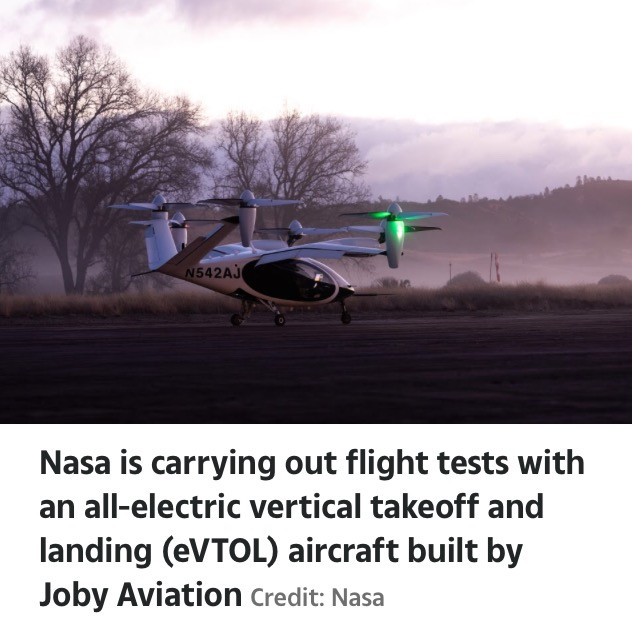 Joby’s all-electric vertical takeoff and landing (eVTOL) aircraft can seat two people and has a flight range of up to 150 miles, according to the company.

It’s powered by six giant propellers and is designed to one day ferry passengers across cities in a fraction of the time taken by traditional taxis.

It was designed to be as quiet as possible in order to fit into busy city life without disturbing residents.

Nasa revealed it was working with Joby in a blog post on September 1.

The project is being carried out as part of Nasa’s Advanced Air Mobility (AAM) National Campaign, which aims to help emerging aviation markets.

The flights run through September 10 and is the first time Nasa has tested an eVTOL aircraft as part of the campaign.

A number of companies are vying to build the world’s first flying cab, including taxi hailing behemoth Uber and aviation firm Volocopter.

In 2017, an autonomous flying taxi drone built by Volocopter took to the skies above Dubai as part of early tests for a commercial service.

The company has said it wants to launch what it’s calling the world’s first air taxi service in 2022.

While there’s plenty of hype surrounding the emerging technology, experts have cast doubts over the feasibility of such a service.

Critics have highlighted that, in order for a fully fledged service to operate, regulations surrounding flying over cities would need to be eased significantly.

Concerns have also been raised over the cost of any such service to passengers and whether the infrastructure can be put in place to charge a fleet of massive air vehicles.