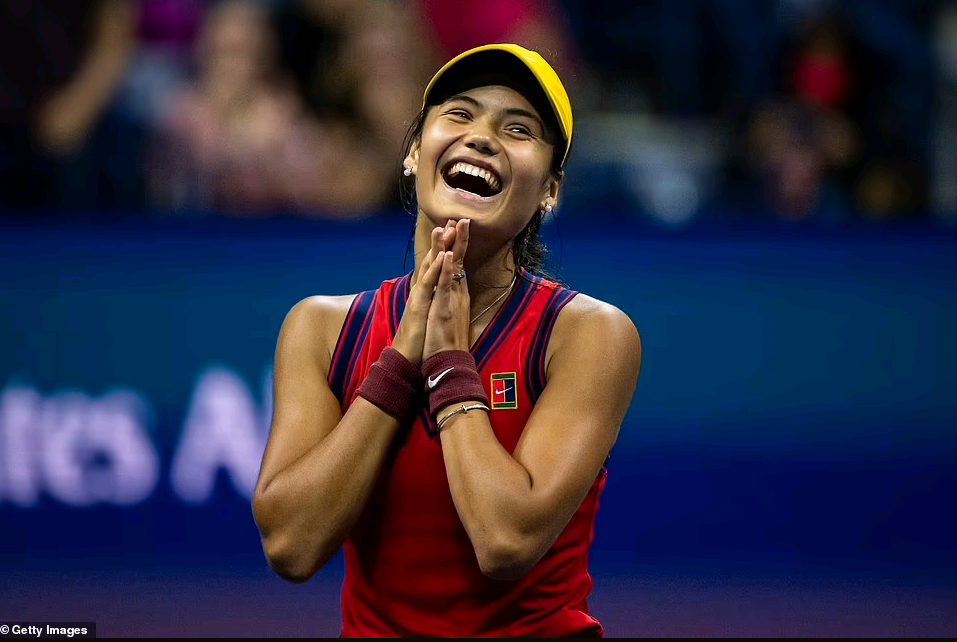 British teenage tennis sensation Emma Raducanu has made history after winning her US Open semi-final in straight sets to secure a place in her first major final and a cheque for a minimum of $1.25million (£900,000).

The 18-year-old from Kent defeated seventeenth seed Maria Sakkari 6-1, 6-4 in just 84 minutes on Friday morning September 10, to book a place in the final clash. 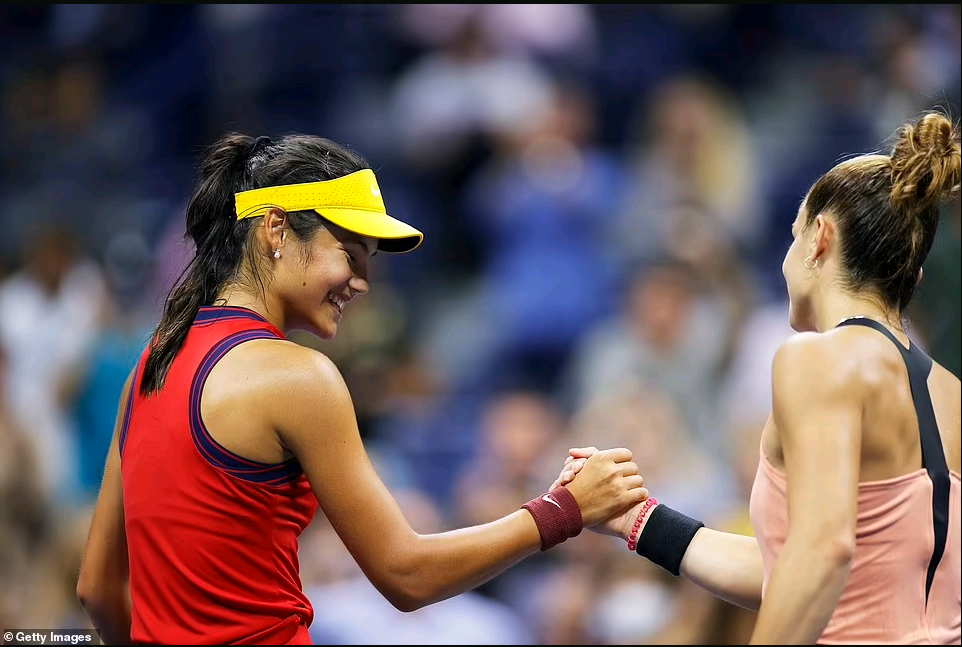 Raducanu said on court after her victory: ‘Honestly the time here in New York has gone so fast. I’ve just been taking care of each day and three weeks later I’m in final. I can’t actually believe it. 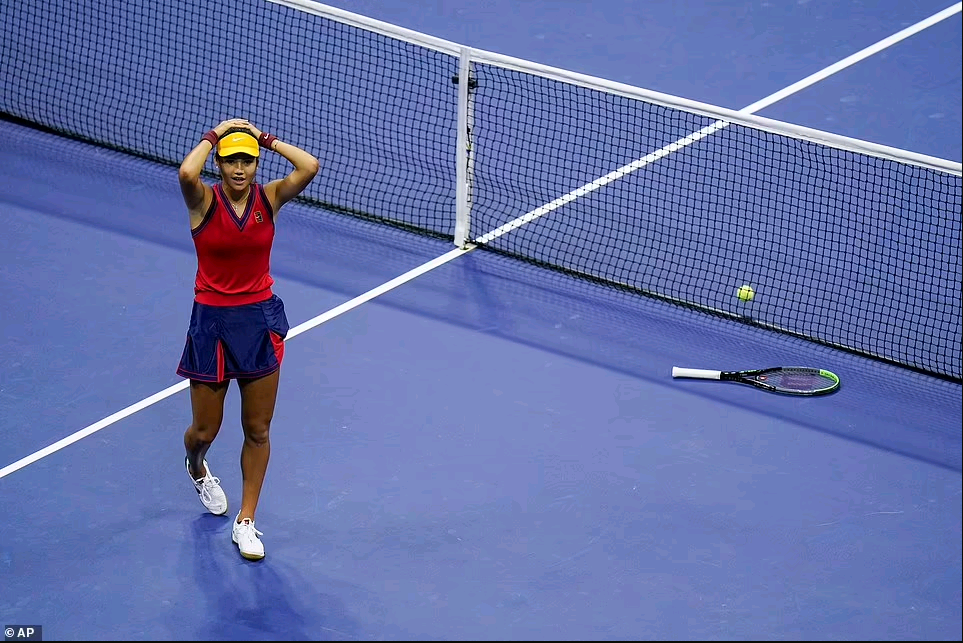 ‘Today I wasn’t thinking about anyone else except for myself. While I have the moment I want to thank my team and the LTA and everyone at home for all their support.

‘Since I’ve been here from the first round of the quallies I’ve had unbelievable support.’ As for her chances in the final? ‘Is there any expectation? I’m a qualifier so technically there’s no pressure on me,’ she added.

She will meets talented lefthanded ballstriker from Quebec, who took it to second seeded Aryna Sabalenka to win 7-6, 4-6, 6-4.

CHECK IT OUT:  What Is The Best Christmas Caption To Give To This? (Most Funny Answer Wins)
(Visited 9 times, 1 visits today)