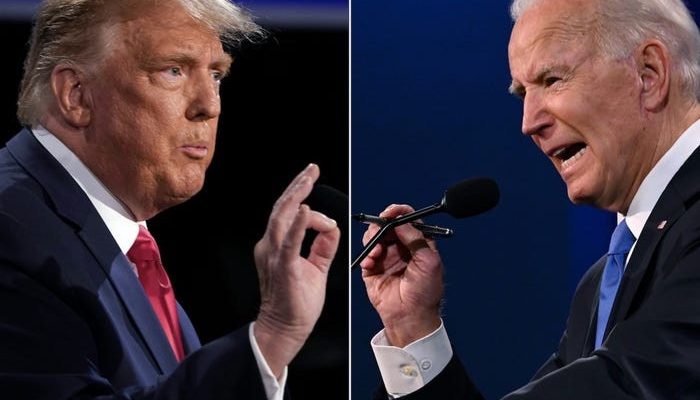 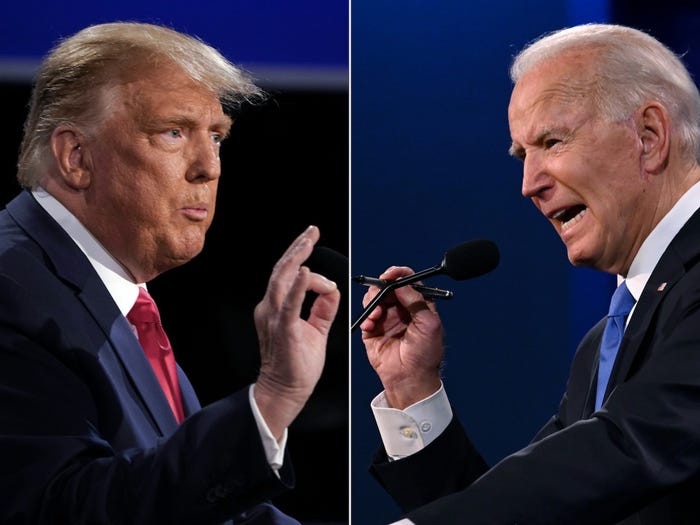 Former US President Donald Trump has disclosed that he’d like to beat up his predecessor Joe Biden in a boxing match.

During a promotional event for a boxing match between Evander Holyfield , 58, and Vitor Belfort, 44, Mr. Trump, 75, made the disclosure about who he’d like to face in the ring.

“I think probably my easiest fight would be Joe Biden because I think he’d go down very, very quickly.” Mr Trump told the audience by telephone,

The former president added that he thought “Biden would go down in the first few seconds.”

The comments drew laughter and applause from the hosts, the boxers, and a few journalists at the Triller Fight Club event.

Mr. Trump appeared to be reacting to a threatening remark Mr. Biden made about him three years ago.

“You know, he once said, ‘Oh, I’d like to take him behind the barn,’” the former president recalled. “He’d be in big trouble if he ever did.”

In 2018, Mr Biden told College Democrats at the University of Miami that with Mr Trump, he’d prefer a fight to a debate.

“When a guy who ended up becoming our national leader said, ‘I can grab a woman anywhere and she likes it,’” Mr Biden said in 2018, “they asked me, would I like to debate this gentleman, and I said no. I said, ‘If we were in high school, I’d take him behind the gym and beat the hell out of him.’”

Mr. Biden was referring to the infamous Access Hollywood tape, in which Mr. Trump was recorded bragging that he could “grab [women] by the p****” and get away with it because he was “a star.”