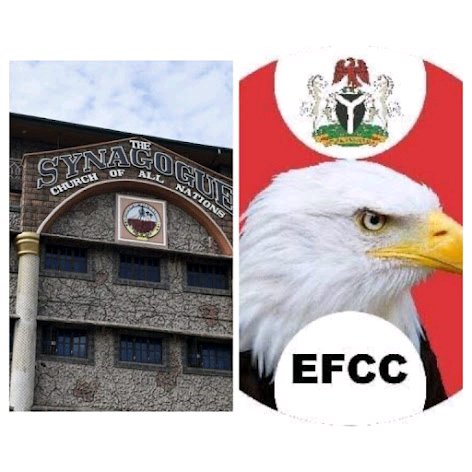 Members of the Synagogue Church of All Nation have petitioned the Economic and Financial Crimes Commission (EFCC) over a huge financial misappropriation after the death of its founder, TB Joshua.

In the petition sent by the church against some of its members, it noted that a huge financial misappropriation involving some church workers and disciples was discovered.

The petition claimed the financial fraud were perpetrated after the death of SCOAN founder, Pastor TB Joshua.

Afterward, they noted that a comprehensive audit of activities in the church has taken place.

EFCC spokesperson, Wilson Uwujaren confirmed that the agency was investigating a petition from the church.
He however, did not give further details on the petition or people indicted in it.

After the death of Pastor TB Joshua, succession crisis for leadership of the church has emerged.

While Mrs. Evelyn Joshua was named leader, another group within the church has emerged questioning how she became leader of the church after her husband’s demise.

CHECK IT OUT:  “Girl Arrested With N17M Not Our Staff” – Ebonyi State Government Cries Out