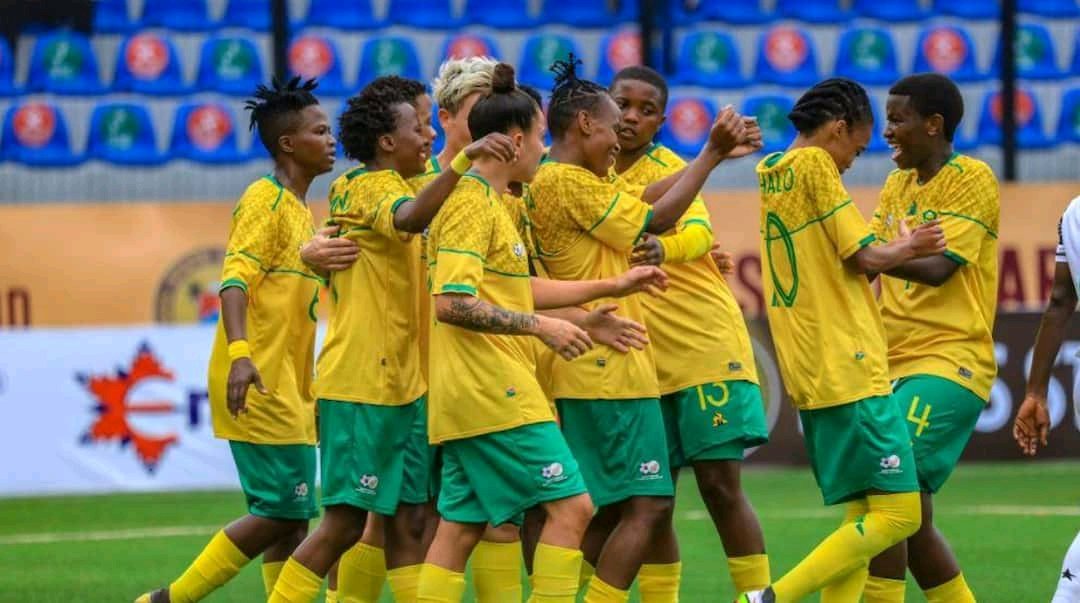 The Banyana Banyana of South Africa have won the Aisha Buhari Cup following a breathtaking performance on the final match day, September 21.

All the participating teams played just two matches each with the team with the highest points tally emerging as the champions.

Banyana Banyana opened the scoring as early as the 6th minute following an own goal by Alozie Michelle.

Minutes later, Onome Ebi committed a foul in the danger area as the South African’s extended their lead after Motlhalo Linda converted from the spot; 2-0.

In the 20th minute, Nigeria thought they were back in the game but Desire Oparanozie’s effort was canceled-out after referee adjudged a foul in the build-up.

On the final day, it was more of a ‘war’ than the friendly match it was meant to be as both teams showed why they are Africa’s powerhouses, when it comes to women’s football.

The striker converted Oshoala’s well worked inswinger, but the referee says there was a foul in the build-up, Oshoala disagrees, but goal won’t stand.

And just before half-time, the Nigerians were stunned when Banyana Banyana converted a well-worked move as Salgado Gabriela made it 3-0 before both teams went into the break.

Like wounded lionnesses, the Super Falcons came blazing hot from the tunnel and pulled one back in the 47th minute courtesy substitute Ikechukwu Vivian to make it 1-3.

And six minutes later, Ikechukwu Vivian grabbed a brace to give Nigeria hope of an equaliser, having reduced the scoreline to 3-2.

However, with three minutes left on the clock, Linda Motlhalo silenced the crowd when she converted from the penalty spot to seal the win. It ended; Nigeria 2-4 South Africa.