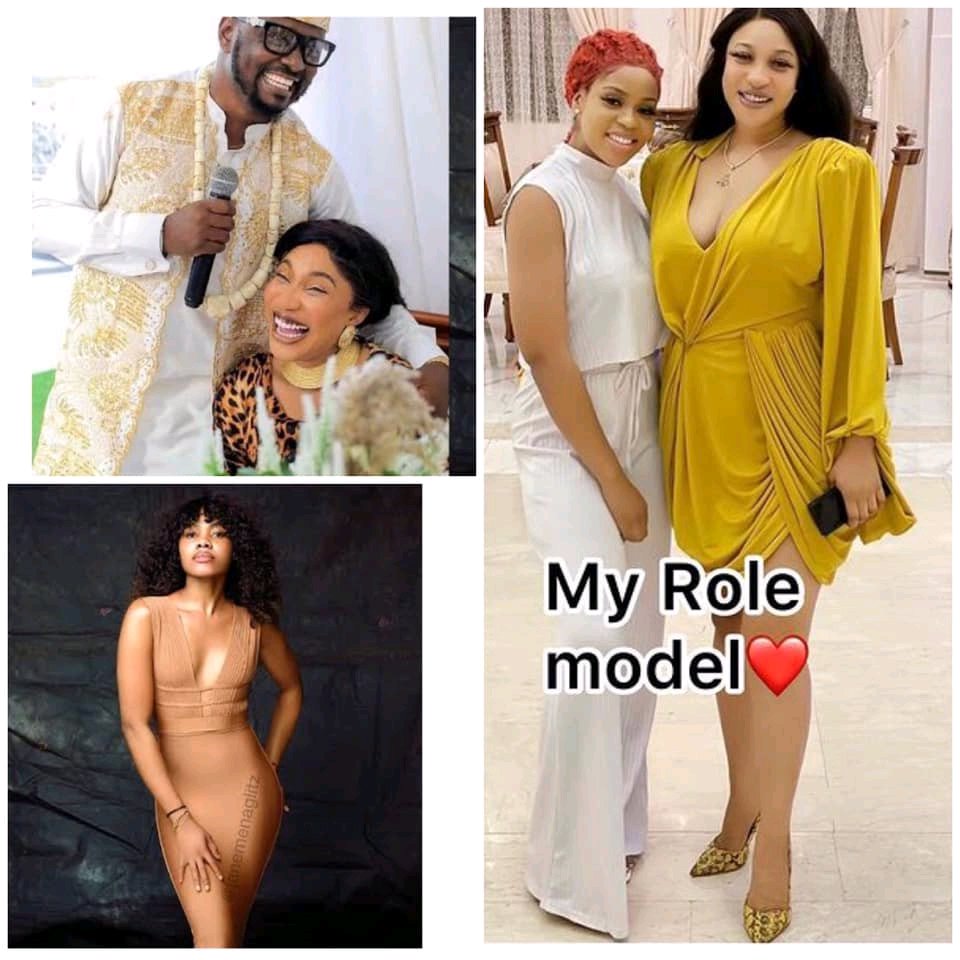 Merit Gold, the actress who was allegedly having a conversation Prince Kpokpogri in the leaked voice note where he allegedly relished his sexcapades while dating Tonto Dikeh, has waded into their messy face-off.

Merit who shared a photo with Tonto Dikeh who she described as her role model, alleged that she was used and that Kpokpogri told her that all he wanted from the actress was to make himself famous. She also corroborated claim of the Delta-born politician allegedly having nude videos and photos of women on his phone.

Insisting that Tonto Dikeh is right about Kpokpogri allegedly having sex tapes of dancer, Jane Mena and other women, Merit added that the Delta-born politician can’t deny sleeping with married young women.

She also apologized to her friend who she identified as Chioma for mentioning her name in the voice note. Merit also claimed that a jealous friend, Teddylicious stole the voice note which was meant to be confidential from her phone. 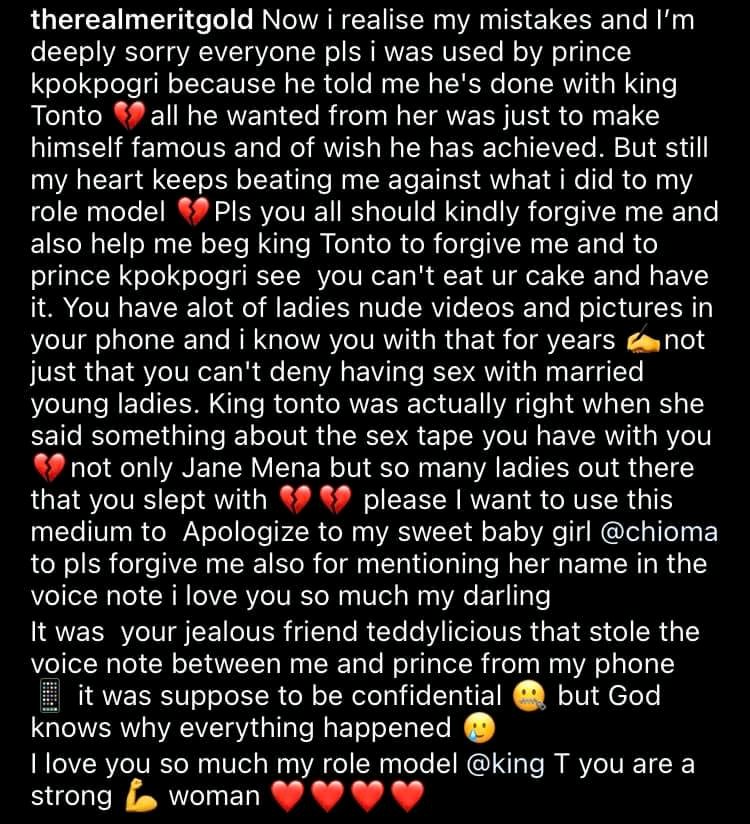 The post Tonto Dikeh was right about the sex tape – Actress Merit Gold who was allegedly having a conversation with Kpokpogri in the leaked voice note speaks up appeared first on .