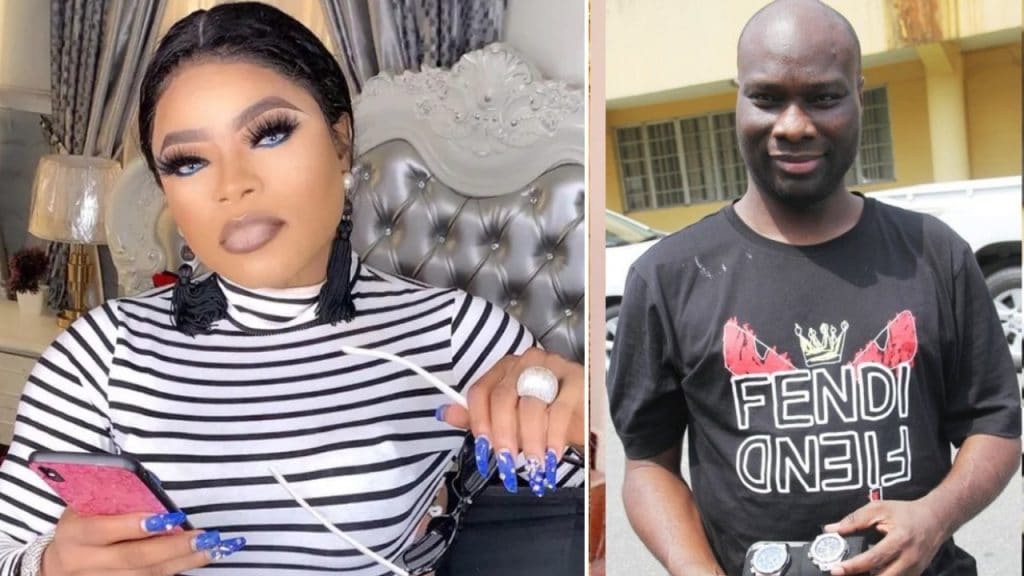 Famous social media celebrity, Ismaila Mustapha popularly known as Mompha has been accused of having an affair with crossdresser, Bobrisky.

Details of the affair were spilt after Bobrisky’s ex personal assistant, Kyme Oye responded to questions during a session on her Instagram story.

She alleged that Bobrisky dated Mompha.

However, this did not go down well with Mompha who took to his Instagram page displaying his conversation with the lady and threatening to sue her for defamation of character if she does not debunk the news.

In the screenshots, Mompha denied ever having an affair with Bobrisky.

Alongside screenshots of his chat on his Instagram story, Mompha wrote: “I like big yansh (real woman) pass anything, God forbid bad thing.”

In the past few months, Bobrisky has been parading himself as someone who’s connected to the high class and has made boast of being rich as he displayed wads of Naira on his Instagram page.

He recently threw a lavish birthday party in Lagos which was attended by many celebrities.

It is not sure what his source of income is but the crossdresser has also been accused of buying clothes and gold on credit.

CHECK IT OUT:  Again, Suspected Herdsmen Kill 5 In Adamawa