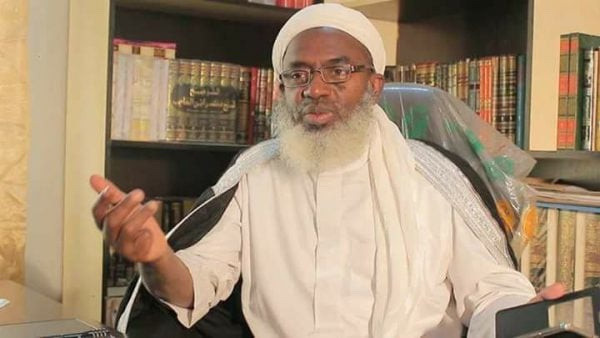 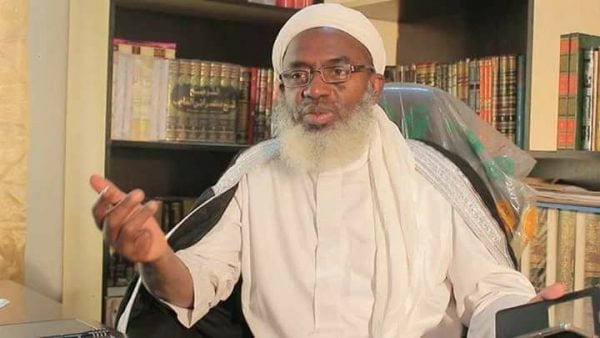 The controversial cleric who made his views known at a peace conference organised by the Center For the Advancement of Human Dignity and Value held at Arewa House, Kaduna on Thursday, noted that the killings, kidnappings by bandits can only be stopped by hijacking them (bandits) from “these evil arms and drug dealers.”

“When they are hijacked by evil people, drug addicts, gunrunners, we should not allow people to hijack them. Let us hijack them back to the society, this is what we need to do. They have dignity too, they should be respected and given all the human right everybody has,” he said.

Gumi traced the problem of insecurity in the region to lack of religion, lack of knowledge and Enlightenment, saying, they herders were left alone without adequate funds even with the creation of Nomadic education.

The Islamic scholar said when he visited the bandits in the forest, they talked about justice, equity and a sense of belonging as enshrined in the constitution.

“For three years the government has spent $1 billion and now you need another $1billion, but I said one third of that $1billion will enlighten them and stop the killing. Have you tried it? Nobody tried it. They (bandits) have empathy like we have, they have families, children.

“I realized one thing, lack of religion, lack of knowledge, ignorance is the cause of insecurity. I also realised that enlightenment is the cure, when you enlighten them you can cure them.

CHECK IT OUT:  ‘I Want To Win Treble With Juventus This Season’- Cristiano Ronaldo Speaks Out

“We have left a big section of Nigerians (herders) with nothing; we left them with animals, we don’t do anything for them. The nomadic education was left with no funding. How do you cure it? Some are suggesting kill them all because they are killing people

“When I visited the bandits in the forest, the first thing I did was to use psychology on them. I allowed them to state their grievances. They were ready to change. So, what were their conditions? They are talking about justice, equity and a sense of belonging as enshrined in the constitution

“When a herdsman comes before the court of law, his rights are violated because he is ignorant, they told me nobody gave them justice. What do they have? Nothing I came out of the forest to address the authority. When I came out I wanted to look for the authorities to sit down and explain to them the way out but I found out that going on that difficult journey to the forest of Niger State is easier than getting the attention of somebody in Aso Rock

“We think that we are educated, we are ignorant because we don’t understand the dignity of human lives. We don’t value human lives. These criminals can turn into saints one day. So, there is a way we can solve our problems

“Everybody by our constitution must be given fair hearing, justice and equity and everybody is free to choose his or her religion nobody should impose anything on anybody. There is no compulsion, there should be equity in whatever we do, no one should suppress or oppress others

CHECK IT OUT:  Super Eagles Star Up For Two Club Awards

“What we see today is lack of civilization. Too much blood is flowing in Nigeria unnecessarily and we have not yet understood the human dignity and value both the leading and the led. Man has value and dignity, you cannot force your religion on anybody. Why is blood flowing too much in the country?” he queried.

Earlier in his welcome address, the President CAHDV, Engr. Joseph John Ameh, called on Nigerians to live harmoniously and stop killings and kidnappings. “We are created by one God, let us value human lives and embrace unity,” he said.

The Director Arewa House Kaduna, Dr. Shuibu Shehu Aliyu said that selfish political elites are using religious leaders to cause insecurity in the society, adding that, “our values have collapsed and Nigeria is in a sinking ship. Therefore, we must return to the drawing board and salvage our dear country.”

The post Bandits want justice, equity and a sense of belonging – Sheikh Gumi appeared first on .