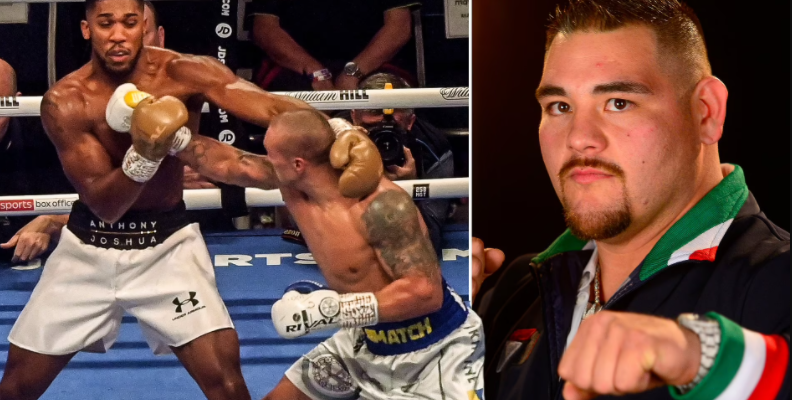 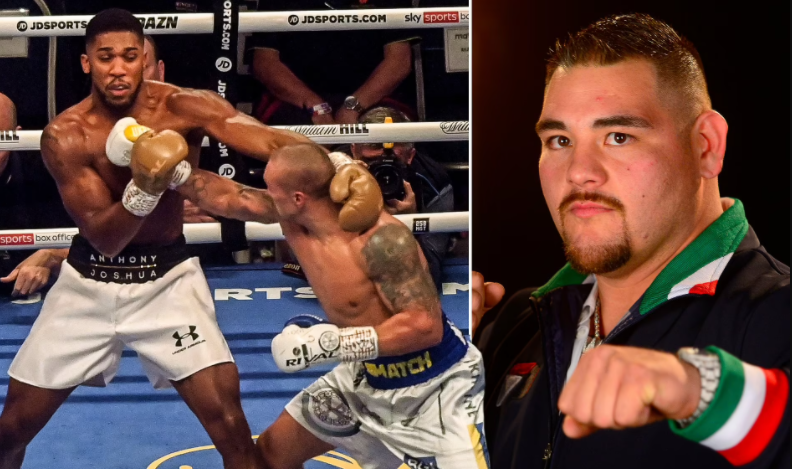 Andy Ruiz Jr has described Anthony Joshua’s performance against Oleksandr Usyk as ‘hesitant’ and ‘scared’, while questioning his tactical approach in the fight.

Joshua suffered a shock unanimous points defeat to Usyk, losing his WBA (Super), IBF, WBO and IBO to the Ukrainian. It was also Joshua’s second defeat in four clashes inside the ring.

Ruiz, who beat Joshua in June 2019 before the Briton bounced back by winning their rematch six months later, claimed that AJ was scared and holding back a bit’ in Oleksandr Usyk defeat

‘He just kind of stayed there. I don’t know why he wasn’t moving around, like in the second fight with me.

‘He ran around and made sure he didn’t get hit, and if he did, he would grab and move around. So he had his strategy. But for this fight, it didn’t go his way.

‘It was probably the wrong strategy. He probably underestimated him. Kind of like how I did with Chris Arreola (in May where Ruiz won via unanimous decision).

‘I think Anthony Joshua is still there, still strong. I kind of felt he was scared and holding back a little bit. Maybe it was the lefty style of Usyk and how he moves.’

Joshua is expected to take on Usyk in a rematch next year in a bid to win his world heavyweight titles back for a second time.

CHECK IT OUT:  Photos: BBNaija’s Erica breaks down in tears as her fans gift her a three-bedroom house as her 27th birthday present