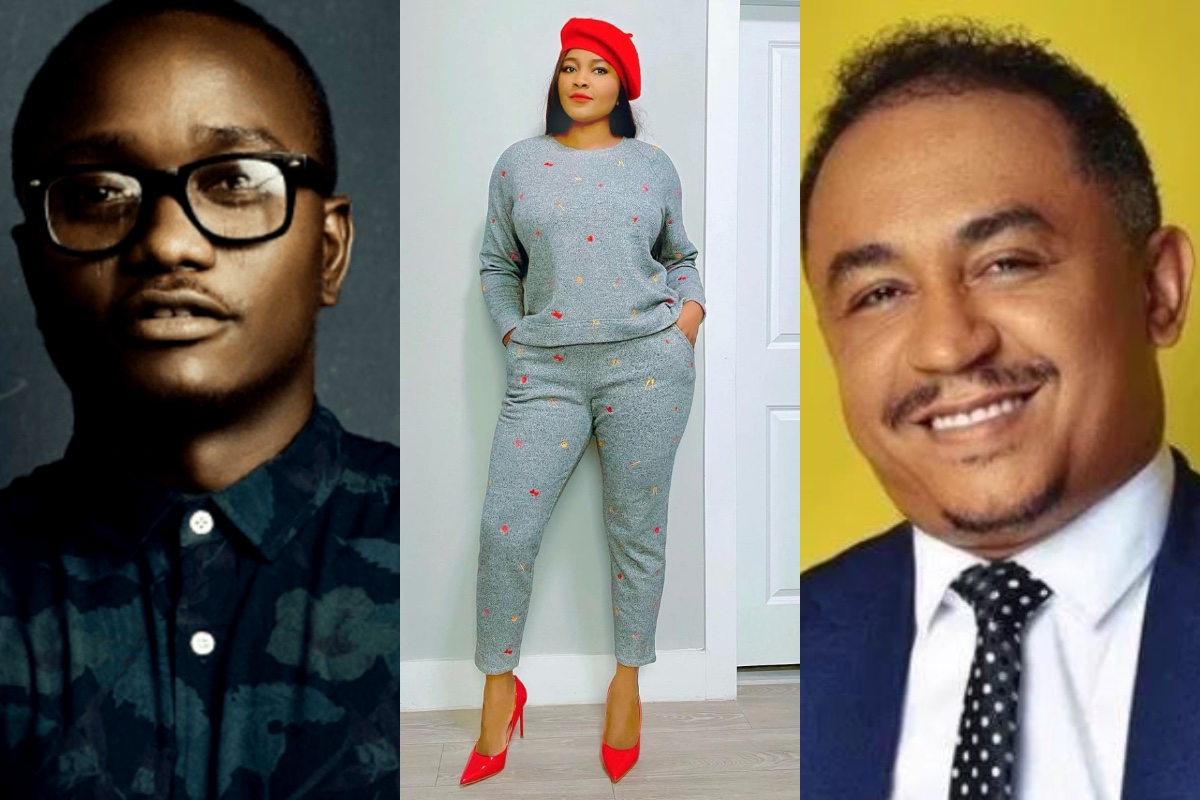 Actress Sonia Ogiri has reacted to the comments of Daddy Freeze asking Brymo to let sleeping dogs lie after he called out 2Face Idibia making some allegations against him.

Brymo no matter what said about him when he called out 2Face Idibia over something he did 2yrs ago went ahead to get things off his chest for his mental health and stability to let people know the truth of what he’s saying.

Daddy Freeze reacting to let sleeping dogs lie as his timing to share what he went through is wrong but Actress Sonia Ogiri disagrees with him on that asking him to focus on attacking pastors and leave celebrities alone to face their truth if someone calls them out.

Sonia Ogiri went ahead to slam Daddy Freeze asking whether he has sense and what gave him the right to tell Brymo that asking whether he read what he posted or he just wanted his inner peace, pains, the emotional struggle he lost in the process to go down the drain.

Adding that so it’s okay for Brymo to let sleeping dogs be at his own expense but the person involved in the issue doesn’t need to face his truth saying some Nigerians should learn how to say the truth when someone comes out with their truth irrespective of the star involved.

The post Sonia Ogiri Insults Daddy Freeze Over His Comment After Brymo Called Out 2Face Idibia appeared first on .