Nollywood veteran actor, Chiwetalu Agu has been released by the Nigerian Army. 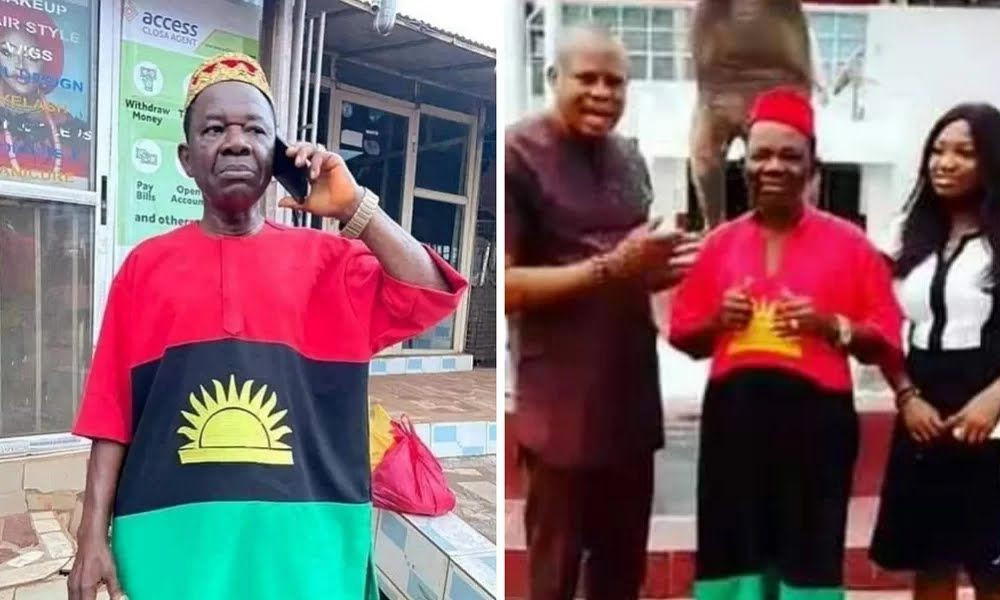 The actor was arrested by troops for wearing Biafra clothing.

Agu was approached by two soldiers who wrestled him to the ground and dragged him away.

Speaking on the incident, Brig. Gen. Onyema Nwachukwu, the Director of Army Public Relations, said the veteran actor was apprehended for inciting members of the public and soliciting support for the proscribed Indigenous People of Biafra (IPOB).

”Uncle Chiwetalu Agu has been released. He is safe and sound.

”All thanks to God and everyone that contributed in one way or the other,” she wrote.

CHECK IT OUT:  WORLD WAR 3!!! See Photos Of The 3000 US Soldiers Deployed To Iran After Soleimani’s Death