US surgeons successfully attach a pig kidney to a human and it worked - NaijaCover.Com
Skip to content 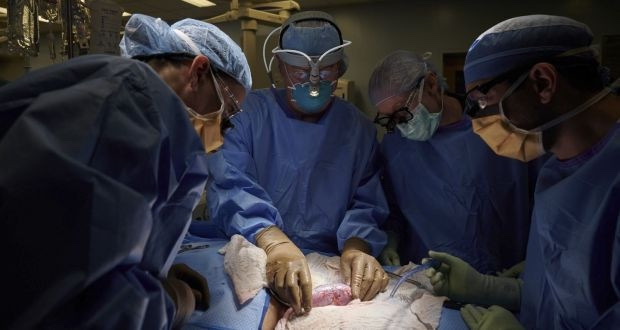 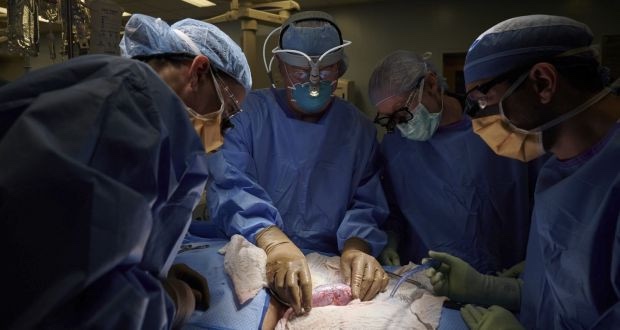 For the first time, Surgeons in US have successfully attached a kidney grown in a genetically altered pig to a human patient and found that the organ worked normally.

The procedure done at NYU Langone Health in New York City involved use of a pig whose genes had been altered so that its tissues no longer contained a molecule known to trigger an almost immediate rejection, according to the Reuters news agency which reported on the news on Tuesday.

The recipient was a brain-dead patient with signs of kidney dysfunction whose family consented to the experiment before she was due to be taken off life support, researchers told the Reuters news agency.

For three days, the new kidney was attached to her blood vessels and maintained outside her body, giving researchers access to it.

The kidney made “the amount of urine that you would expect” from a transplanted human kidney, he said, and there was no evidence of the vigorous, early rejection seen when unmodified pig kidneys are transplanted into non-human primates.

The recipient’s abnormal creatinine level – an indicator of poor kidney function – returned to normal after the transplant, Montgomery said.

In the United States, nearly 107,000 people are currently waiting for organ transplants, including the more than 90,000 awaiting a kidney, according to the United Network for Organ Sharing.

The post US surgeons successfully attach a pig kidney to a human and it worked appeared first on .