Cubana Chief Priest says he won’t let Kelvin and his brother use him for clout - NaijaCover.Com
Skip to content 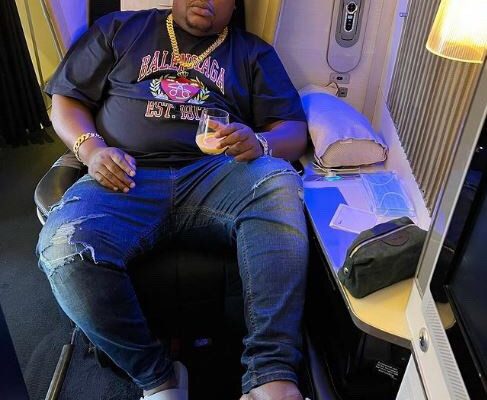 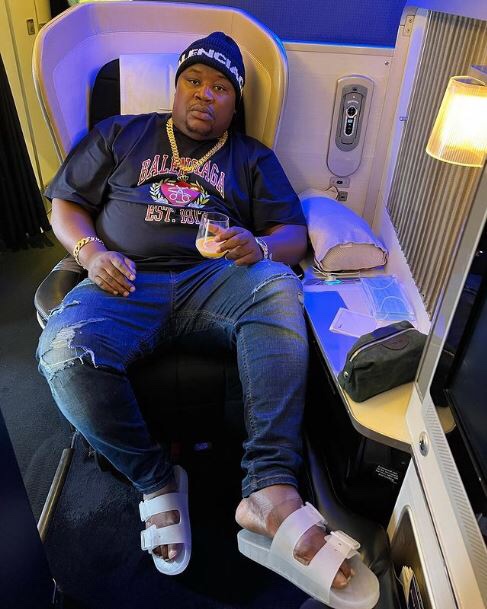 Celebrity barman, Cubana Chief Priest has finally reacted after the brother of Kelvin(Maria’s alleged lover and Cubana Chief Priest’s sister’s ex-husband) who seems to be so much involved in the saga than the affected, dared him to an online drag session.

Recall that following the trending saga as regards Cubana Chief Priest calling out Maria for snatching his sister’s husband, his ex-brother-in-law dared him to reply to him. He further hinted at having some pieces of information as regards his escapades.
In a recent development, the entertainment magnate has revealed the condition for replying to Kelvin’s brother. According to him, he must be paid in pounds before offering any form of response. 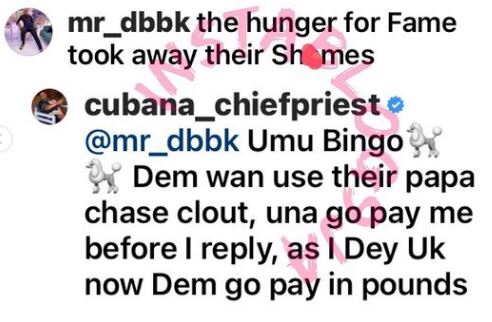 The post Cubana Chief Priest says he won’t let Kelvin and his brother use him for clout appeared first on .