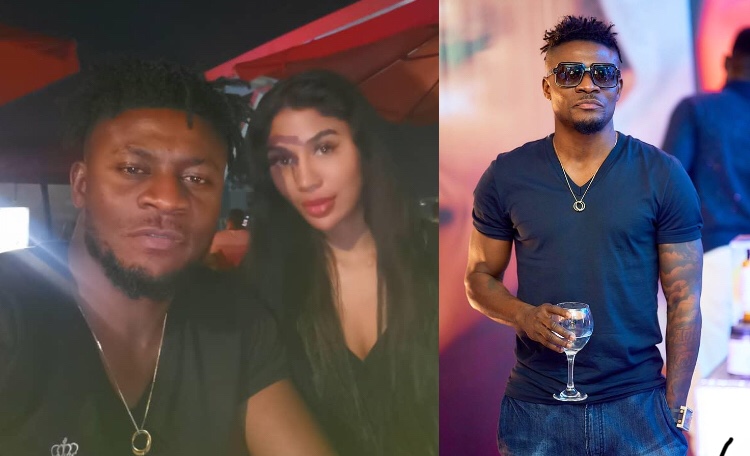 Nadine Nifemi Martins, the wife of football star, Obafemi Martins has showered praises on him via a post on social media as he celebrates his 37th birthday today.

Happy birthday to my amazing husband, you are the most humble, hard working and loving man I have ever met. We are so blessed to have you in our lives. You are the best husband and father a woman could pray for. I thank God for you every single day. Here’s to a million years and lifetimes baby. 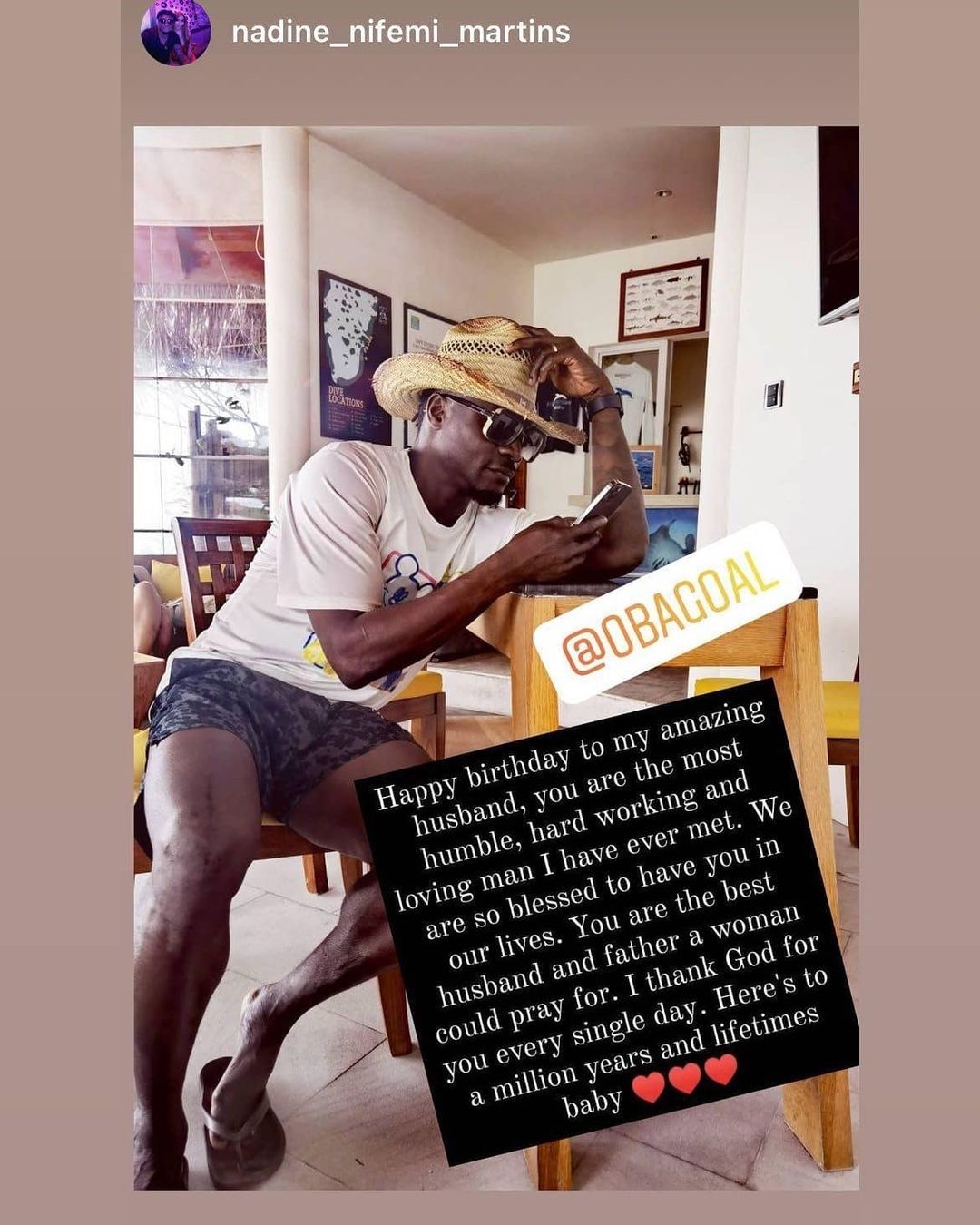 Obafemi Akinwunmi Martins (born 28 October 1984) is a Nigerian professional footballer who plays for Chinese Super League side Wuhan Zall as a forward. He is known for his speed on the ball. After leaving Nigeria for Italy at age 16, he has since played for a number of top-division clubs around Europe. He began his senior career in 2002 at Serie A club Inter Milan, before moving to Premier League club Newcastle United in 2006, and then to Bundesliga club VfL Wolfsburg in 2009. Having joined Russian Premier League side Rubin Kazan in July 2010, they loaned him to Birmingham City in January 2011.

In club football, Martins has won the Serie A title, the Italian Cup (twice), and the Italian Super Cup, all with Inter. With Birmingham he scored the winning goal in the 2011 Football League Cup Final. He has played European football with Inter, Newcastle and Wolfsburg, winning the UEFA Intertoto Cup with Newcastle. His highest scoring league seasons so far have seen him score 11 goals in the 2004–05 Serie A, and 17 in both the 2006–07 Premier League and 2014 MLS. In international football, Martins has been in the Nigerian squad for the Africa Cup of Nations in 2006, 2008 and 2010, and for the FIFA World Cup in 2010. He played for Seattle Sounders FC of Major League Soccer from 2013 to 2015, scoring 40 goals, before moving on to China.

Martins had two brothers who also played football professionally. His elder brother, Oladipupo Martins, played for Reggiana, Partizan and Innsbruck before retiring from football in 2009 due to heart problems. He died on 8 August 2011 of a suspected heart attack in Lagos, Nigeria. Martins’ younger brother is John Ronan Martins. The name “Obafemi” translates literally to “the king loves me” in the Yoruba language.

CHECK IT OUT:  Banky W and Adesua write touching notes to each other to celebrate their third wedding anniversary