My son won’t cheat on you. You have flat stomach & white teeth – Fayose tells bride - NaijaCover.Com
Skip to content 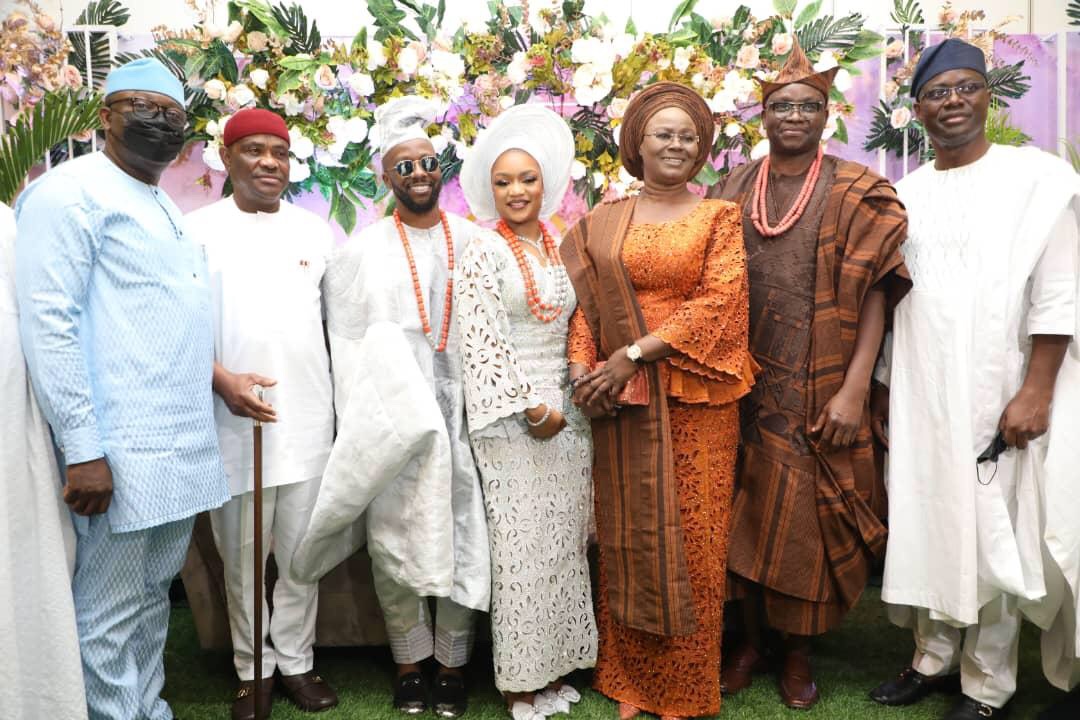 Ayo Fayose, former governor of Ekiti, says his son has no excuse to cheat on his bride because she is beautiful with flat stomach and white teeth.

The former governor spoke in a video of the couple’s wedding ceremony that surfaced on Tuesday and went viral.

In the footage, Fayose, while giving the groom’s father speech, which is compulsory according to Yoruba culture, said the wife’s beauty is a vital determinant of stable marriage.

He also said men who don’t have a beautiful wife “end up cheating out the matrimony.”

“Whoever sees you today will see that I’m lucky that my son is marrying a beauty. If one doesn’t have a beautiful wife, one will end up cheating out the matrimony. My son has no excuse for cheating. You are beautiful, with a flat stomach, white teeth, and you have everything set,” Fayose said in Yoruba language.

He thereafter prayed for the couple while advising his son to build his legacy away from his father’s name.

The post My son won’t cheat on you. You have flat stomach & white teeth – Fayose tells bride appeared first on .

CHECK IT OUT:  [Music] Sarz x Lexy Jay – Legend In The Making