“I gave birth to my daughter at 13+“ – Actress Ada Ameh - NaijaCover.Com
Skip to content 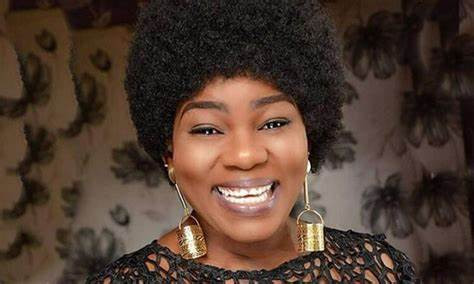 Actress Ada Ameh has revealed that she gave birth at 13+ because she was introduced to early sex by her peers.

The actress in the interview with Chude Jideonwo also recounted how she was “marched” out of the barracks where she lived with her parents, when her daughter was just five months old.

She added that this pushed her into drinking because she thought she had gotten her independence.

When asked about the cause of her early pregnancy, Ameh replied, “It wasn’t my parents, I was influenced by my peers. They introduced me to ‘early sex’. One thing led to another and I got pregnant.

“The most beautiful part is that, on my 15th birthday, my baby was barely five months old. I was marched out of the Barracks.”

CHECK IT OUT:  Actress Roonie Dikko opens up on finding love at age 50