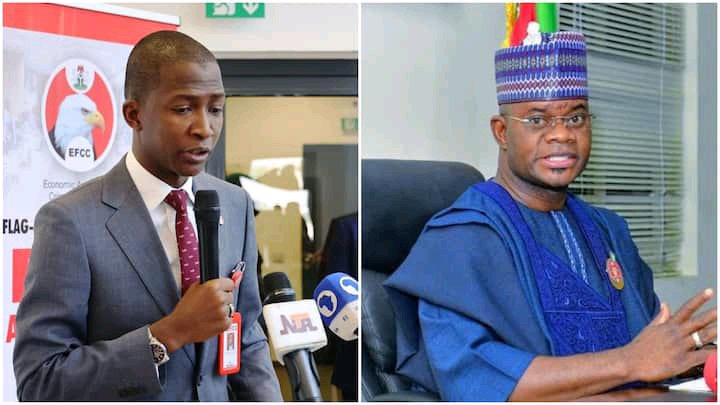 The Economics and Financial Crimes Commission (EFCC) says it has returned the N19.3 billion bailout funds allegedly hidden by the Kogi state government to the Central Bank of Nigeria (CBN).

The Kogi state government, however, denied hiding the money.

In a statement released on Friday evening, November 19, by its spokesman, Wilson Uwujaren, the EFCC said the CBN has acknowledged the receipt of the sum of N19.3 billion which it recovered from the Kogi state salary bail-out account domiciled in the bank.

The agency said the development put to rest “the campaign of misinformation and unconscionable denials by the Kogi State Government that no fund was recovered from its bail out account.”

CHECK IT OUT:  Soldiers Must Be Loyal To President Buhari – Buratai