Young Nigerian Man who Had F9 Parallel in NECO Shows off the Bad Result as He Celebrates Bagging a First-Class - NaijaCover.Com
Skip to content 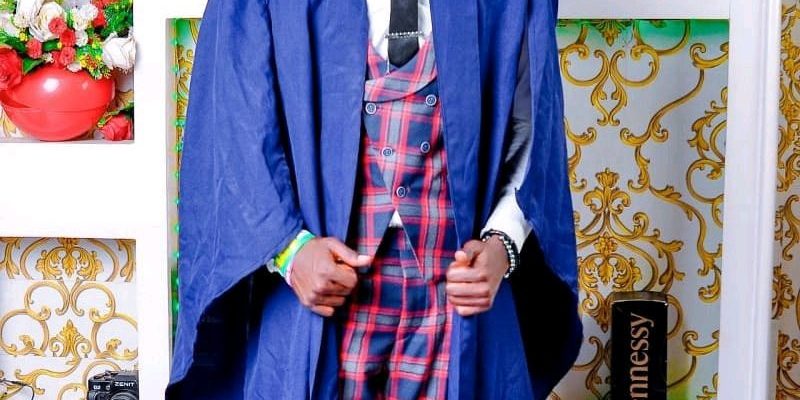 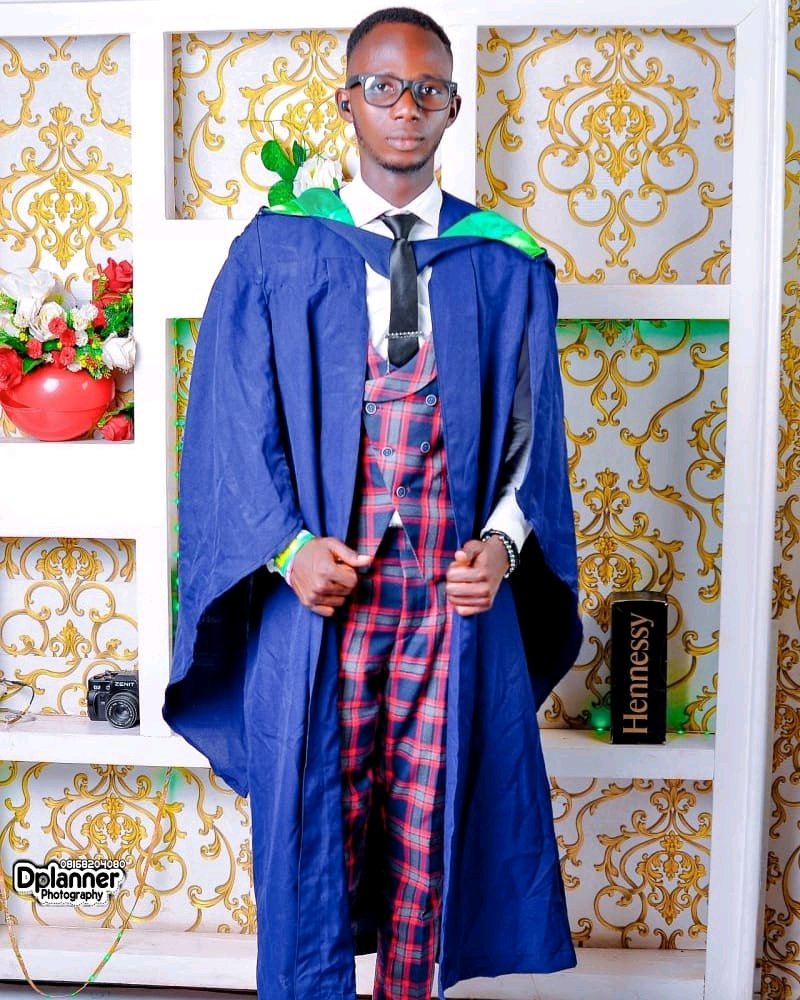 Mayowa graduated with a first-class from the University of Ibadan and was the best student in the department of agricultural economics.

Taking to LinkedIn to celebrate the feat, Mayowa revealed that he failed all the papers in his first-ever external examination which is the National Examination Council (NECO). 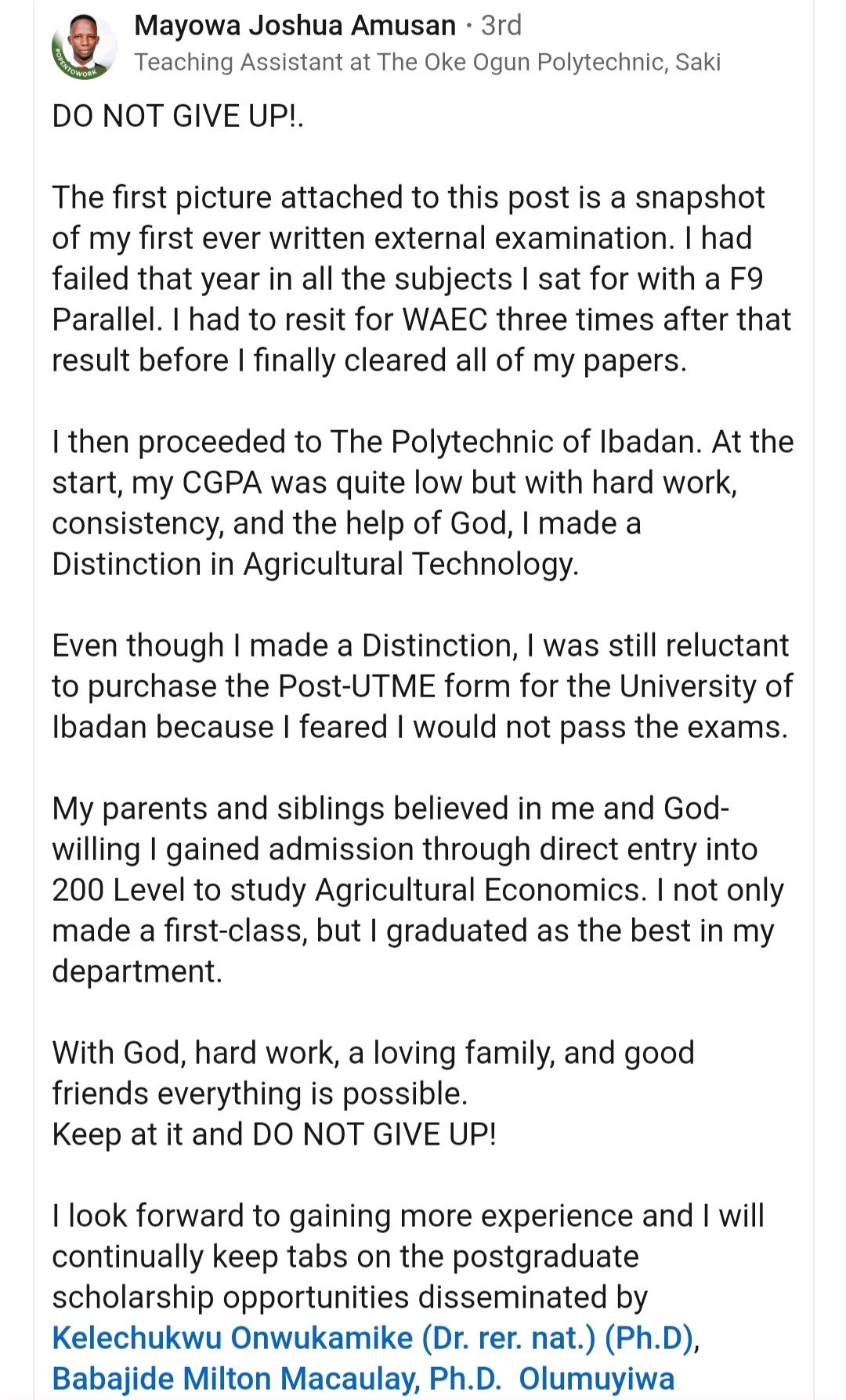 Sharing a copy of the F9 parallel result, Mayowa added that he was able to clear his WAEC papers after 3 sittings. 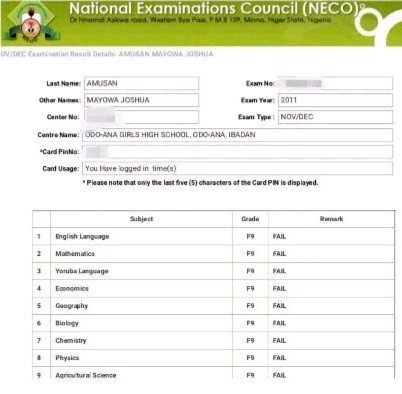 The young man said he proceeded to Polytechnic of Ibadan to further his studies.

At Ibadan Polytechnic, Mayowa performed well, finishing with a distinction and decided to cross over to the University of Ibadan (UI).

As if suffering post-failure effects, Mayowa said he was reluctant to register for UI’s POST-UTME 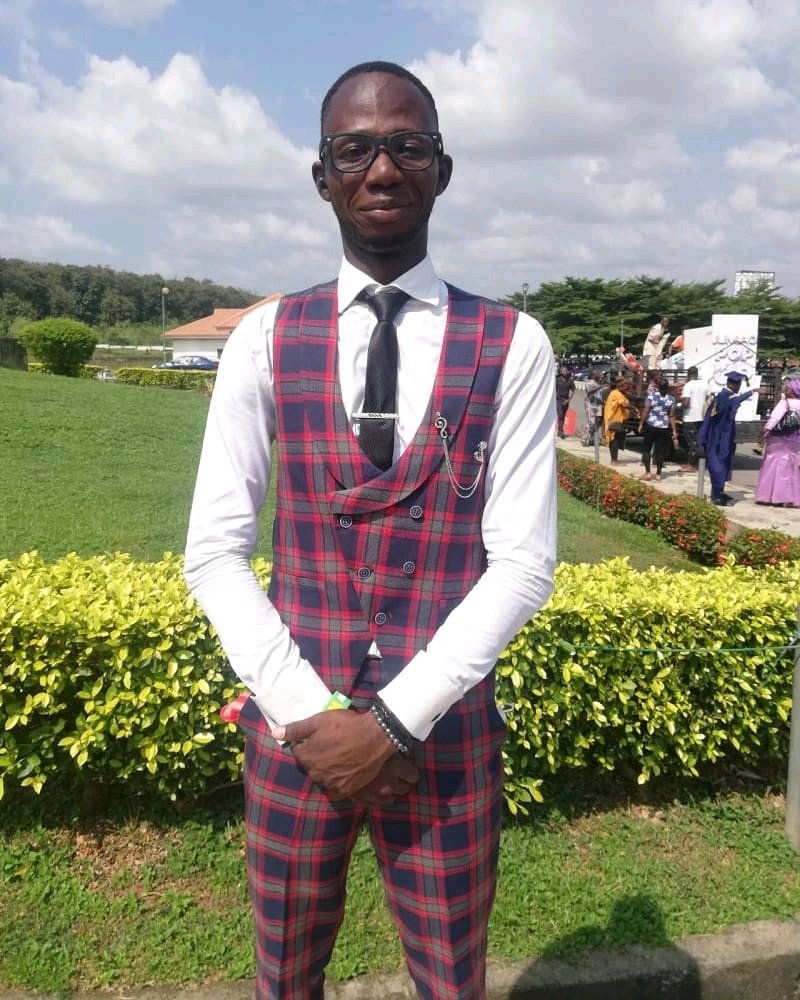 as he feared not scaling it.

Thanks to his support system of family members and siblings, the bright scholar took the exam and got into agricultural economics where he has now written his name in gold.

“My parents and siblings believed in me and God-willing I gained admission through direct entry into 200 Level to study Agricultural Economics. I not only made a first-class, but I graduated as the best in my department.

The post Young Nigerian Man who Had F9 Parallel in NECO Shows off the Bad Result as He Celebrates Bagging a First-Class appeared first on .

CHECK IT OUT:  SHOCKING! Church’s Accountant Sentenced To 18 Years In Prison For Stealing Tithe And Offering