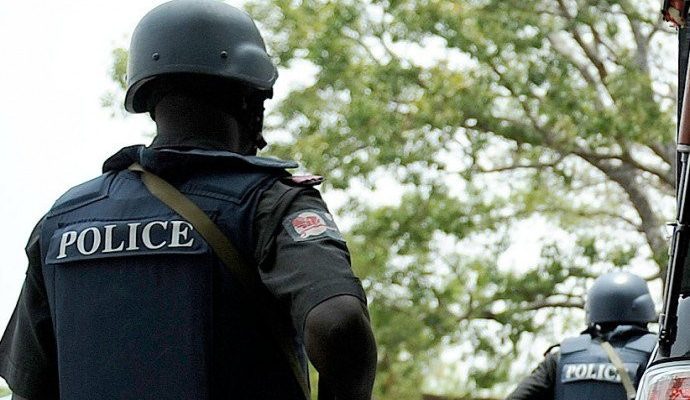 The police in Lagos say they have arrested eight more suspects allegedly involved in the recent killing of a police sergeant and two Bureau de Change operators in Ikorodu area of the state.

A police source told the News Agency of Nigeria (NAN) on Wednesday that the suspects were arrested at an abandoned construction company in Odogunyan area of Ikorodu, where they allegedly used as their base.

“They were arrested at about 10am on Tuesday at AKS construction company abandoned building. One of the suspects escaped, while his locally made pistol was recovered,” the source told NAN.

Spokesman for the Lagos State Police Command, DSP Bala Elkana, had on May 9 said three suspects were arrested in connection with the killing of three persons in Ikorodu. Two bodies of the victims were dumped inside a septic tank.

According to Elkana, the Command on March 14 received a complaint from Ikorodu area that some unidentified persons approached one Alhaji Yakubu Musa and Alhaji Hassan Umaru, both operators of Bureau de Change at Benson area, Ikorodu.

He said the suspects informed them that they have a relation who returned from overseas and needed to sell $10,000 (about N3.5 million), stressing that they initially requested that the payment will be made in a bank at Ikorodu.

Elkana said on getting to the bank, the suspects moved the operators to an unknown destination and started demanding for ransom from their friends and relatives.

He said despite paying the sum of N1.6 million as ransom, the abductors refused to release the victims and nothing more was heard from them.

“The victims phones remained switched off. The Commissioner of police, CP Zubairu Muazu detailed the Commander, Special Anti Robbery Squad (SARS) to carryout an investigation into the matter with a view of rescuing the victims and apprehending the suspects.

CHECK IT OUT:  It’s A Damn Shame That Same Sex Marriage Is Still Illegal In Nigeria- Journalist Kiki Mordi

“Operatives from SARS Ipakodo base led by SP Godfrey Soriwei arrested three suspects. The suspects confessed to the commission of the crime and led operatives to their den at Ikorodu where they dumped the corpses in a septic tank,” he said.

The police spokesman in Lagos, DSP Bala Elkana, did not respond to calls from NAN and text messages seeking confirmation of the arrests.