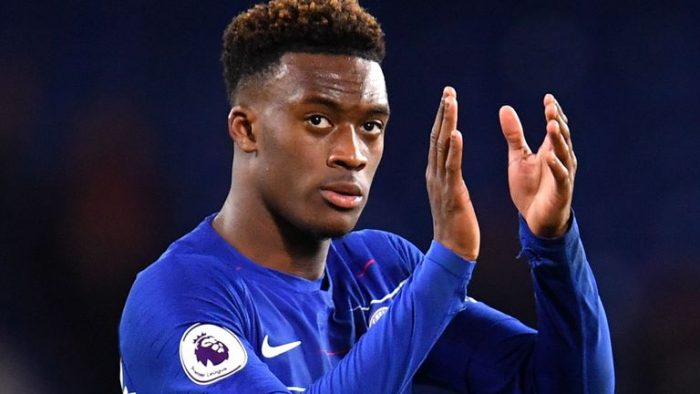 Bundesliga champions Bayern made the 18-year old winger a key target during the January transfer window, with their previous offer in excess of £30m.

The bid is substantially lower than the most recent offer in January as his contract runs out in the summer of 2020, and he can sign a pre-contract agreement with clubs outside the UK in January.

The England forward, who joined Chelsea’s academy in 2007 aged seven, is no closer to signing a long-term deal to stay at Stamford Bridge – with both sides some distance from finding agreement, Sky Sports News has learnt.

Hudson-Odoi took to social media earlier this week to update fans on his rehabilitation progress, with hopes that he will be fully fit at the beginning of September.

Bayern, who are also targeting a move for Manchester City’s Leroy Sane, are looking to replace Franck Ribery and Arjen Robben following their departures from the Allianz Arena.

CHECK IT OUT:  I Didn’t Turn Shemale Because Of Broke Boys, My Beauty Is For Nigerian Politicians – Bobrisky