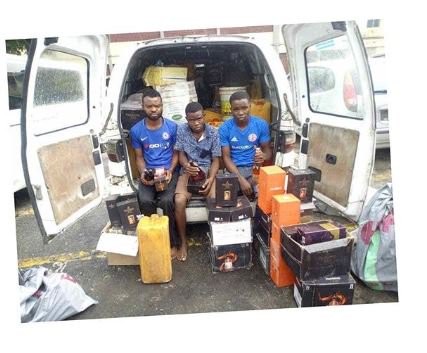 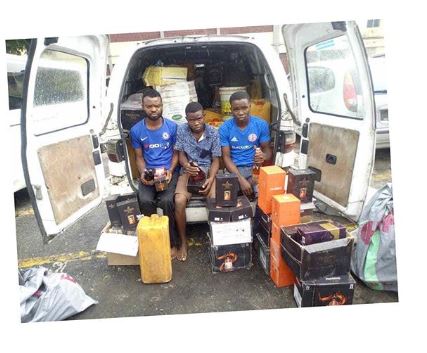 Three suspects have been arrested for allegedly specializing in the production of fake drinks such as Hennessy Vsop, Hennessy Xo, Moet Chandon, Jack Daniel, Remy Martins, Red label among others.

The suspects were arrested on June 20, 2019, at an illegal factory located at No. 5 Chapel street off Apongbon, Lagos Island and they are Dare Shittu, 29; Shittu Abdulsalam, 19; and Oyenuga Biola, 29.

The three suspects confessed to the crime and another member of the team, Fatai Shittu, is still at large.