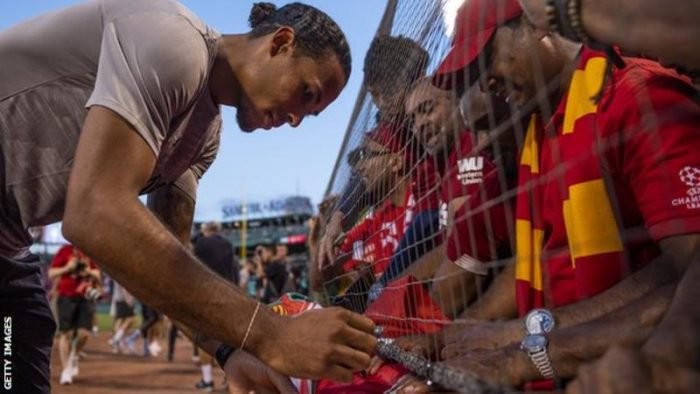 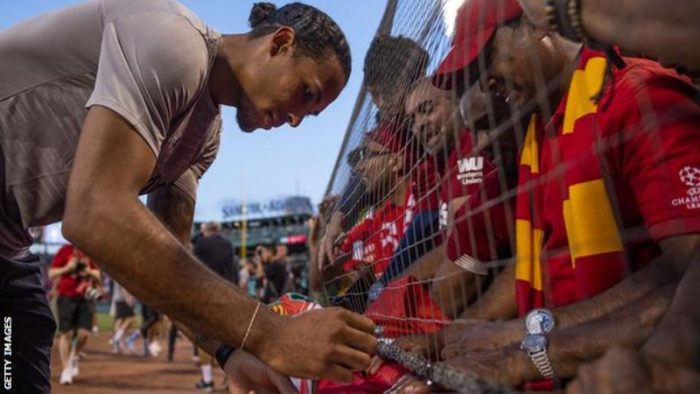 Liverpool defender Virgil van Dijk says winning the Ballon d’Or would be “a big honour” but he can still get better.

Van Dijk, 28, is one of the favourites to win the award for the world’s best player after being instrumental in Liverpool’s Champions League victory and Premier League title challenge.

“If I am rewarded for the season I had last year that would be unbelievable and I would be so proud,” he said.

“But I feel there is still more to come. I can get more out of me.”

Van Dijk has been an integral part of Jurgen Klopp’s side’s improvement since joining from Southampton for £75m – a world-record fee for a defender – in January 2018.

He won last season’s Professional Footballers’ Association Player of the Year award and was also named the BBC Sport website’s player of the year.

“Obviously, it is a big honour to be named as one of the favourites to win such a prestigious award but what can I do? I just get on with playing,” he told BBC Sport.

“I am very hard on myself. I know the slightest loss of concentration, the slightest mistake will be punished. I try to limit it as much as possible.

“I have always been very critical of myself and I like the people around me to be critical too. And they are, the manager is as well, which is a good thing.

“I have improved since I joined Liverpool. Last year I am very satisfied with the fact that I played so many games on a consistent level, I am very proud of that fact. On a critical part I could have done more on attacking set-pieces, been more dangerous. It is not easy, I try to work on it.

“I feel there is still more to come. That comes from playing games. In my position it is all about experience as well. Playing games, staying fit, and that will hopefully bring success for the team.”

CHECK IT OUT:  CBN To Give Single-Digit Loans To Rice Farmers