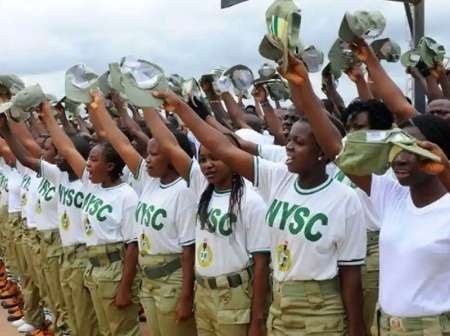 The management of the National Youth Service Corps (NYSC), has said it will reopen orientation camps for prospective corps members as soon as the Presidential Task Force (PTF) on Covid-19 gives it the directive to do so.

The director-general of the NYSC, Brig Gen Shuaibu Ibrahim, made the statement during the inspection of some facilities destroyed by a wind storm in Gombe state, The Tribune reported.

The NYSC boss urged graduates who are waiting to be mobilised for the scheme not to be agitated. Ibrahim told the expectant graduates to be prepared because they may be called upon for camping at any time within a short notice.

The director-general disclosed that the NYSC management has inspected so many camps in the country in order to assess the level of preparedness for reopening.

He also stressed the importance of skills acquisition by youths. Ibrahim said the acquisition of skills would turn youths into employers of labour.

In a related development, A recent poll by Eyes.ng has shown that majority of Nigerian undergraduates feel safe going back to school when universities will be allowed to reopen by the federal Govt.

The federal Govt has been strengthening measures to contain the disease as Nigeria records hundreds of COVID-19 cases daily.

In spite of this Nigerian students have been mounting pressure on the govt to reopen the schools, adding that they want to resume.

It would be recalled that Nigerian students took to streets to protest the reopening of all tertiary institutions in the country as the 2week ultimatum issued to the federal govt by its leaders on reopening of schools elapsed.

CHECK IT OUT:  Just Before You Enter Nigeria’s “University Of First Choice” UNILAG, These Are What You Will See (Photos)

Nonetheless, the chairman of the Presidential ask Force on Covid-19 and Secretary to the Govt of the Federation, Boss Mustapha, stated that all schools, including tertiary institutions, would reopen only when it is safe to do so.

The SGF made this statement in response to the National Association of Nigerian Students (NANS) at the briefing of the task force on Monday, August 17.

Similarly, Chukwuemeka Nwajiuba, the minister of state for education explained that the National Universities Commission (NUC) would have to do an appraisal of the state of tertiaryinstitutions ahead of the reopening.

However, despite the efforts of the federal govt, some feel safe going back to school if universities would be reopened.

A recent poll by Eyes.ng shows that more than half of the respondents, 60.2%, said they will go back to school because they feel it’s safe now.

Unfortunately, 27.2% of respondents noted they would not resume as they do not believe it’s safe, while 10.6% were not sure.