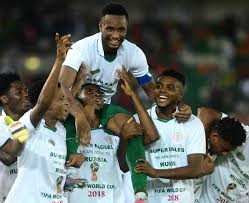 Nigeria international Chidozie Awaziem spent last season on loan at Leganes, and it appears another year away from parent club Porto is on the cards

Super Eagles defender Chidozie Awaziem is on the verge of joining Boavista on a year-long loan after the Primeira Liga side reached an agreement with champions Porto, according to Portuguese publications Zerozero, via Portoatemorrer.

Awaziem has found it challenging to get into Porto’s first-team since joining the club six years ago from NPFL side El-Kanemi Warriors.

The 23-year-old central defender has had to spend time in France, Turkey, and Spain for Nantes, Çaykur Rizespor, and Leganes, respectively, in search of first-team football.

The versatile defender returned to Porto in the summer with the desire to fight for a place in the champions’ squad, but it seems that will have to wait at least for another year.

Awaziem has a contract with the Portugues giants until the summer of 2022.

CHECK IT OUT:  I Got Closer To V.P Osinbajo When We Both Worked For UN Operations In Somalia (UNISOM) – Prof Fogam