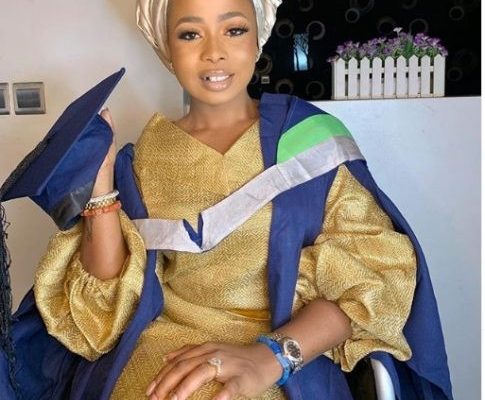 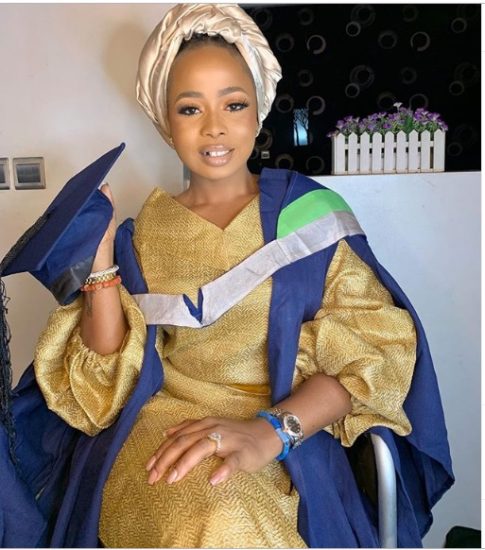 Queen Badirat Ajoke Adeyemi, the youngest wife of the Alaafin of Oyo, Lamidi Adeyemi has fueled the rumours about her divorce to the traditional monarch.

Ajoke popularly known as Queen Ola in a post she shared on her Instagram page stated that it is okay to break up and divorce if one of the parties is not happy, valued of feeling appreciated.

“Divorce is ok. Breaking up is ok. Starting over is ok. Moving on is Ok. Saying no is ok. Being alone is ok. “What is not ok is staying somewhere where you aren’t happy, valued or appreciated, that’s not ok,” the post read. 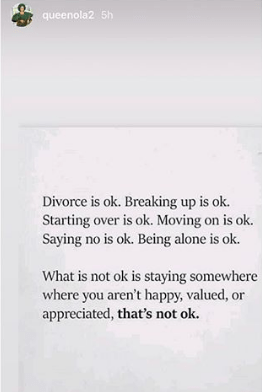 Some weeks ago, Queen Ola was noticeably missing in the Eid celebration family portrait of the king and his wives.

This is coming after it was rumored that she was sent out of the palace for allegedly having an extra-marital affair with Fuji musician, Wasiu Ayinde Marshal. Allegations that both parties denied.

CHECK IT OUT:  “How My Son Who Went Missing During Sallah In Kano, Was Found In Anambra”, Sallah Father Narrates Ordeal