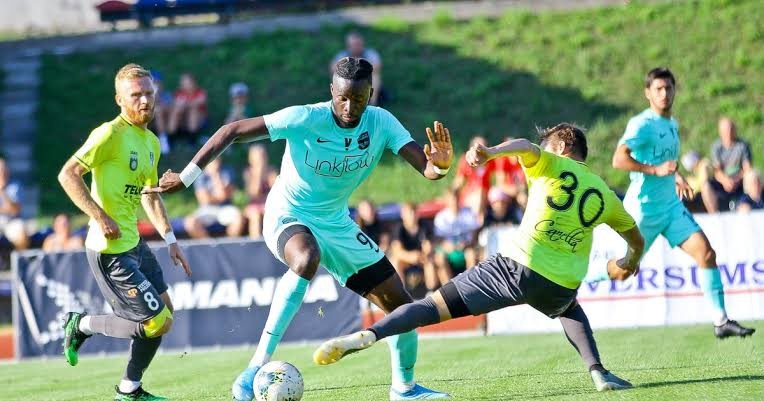 Nigerian striker Tolu Arokodare has yet again scooped the Virsliga’s best player of the month award for August, having also claimed the honour in July, as reported by Latvia’s TVNet.

Only 19, Arokodare has been the undoubted star of the 17-week-old league campaign, smashing in 15 goals in 15 games for coach Tamaz Pertia’s side.

The former Golden Eaglet star was particularly impressive in August, notching eight league goals as Valmiera won five of their six games played and secured a draw in the other.

Arokodare started the month with a brace in the 3-0 defeat of Ventspils, before netting all his team’s goals in the 3-2 win at Tukums.

Another brace for the young attacker followed in another 3-2 victory at Spartaks before completing his haul in the 2-0 triumph over Jelgava.

The Anderlecht-linked wonderkid currently sits atop the league’s goalscorer’s chart with 15 goals, five better than Congo DR and Riga’s Richard Mbombo in second.

CHECK IT OUT:  ‘Give Me More Time’- Arsenal Manager Unai Emery Speaks After Defeat