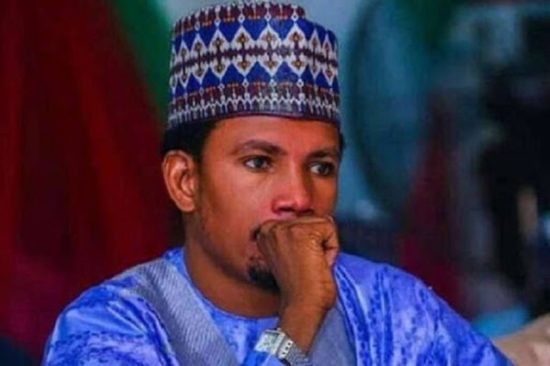 Disgraced Senator Elisha Abbo failed spectacularly Monday to stop an Abuja High Court from imposing a N50m cost on him for slapping a lady, Osimibra Warmate, at a sex toy shop in Abuja.

Abbo had filed a notice of preliminary objection to Warmate’s suit filed on 8 July last year by the law firm of Solola and Akpana.

Abbo challenged the jurisdiction of the court and competence of the suit.

Ruling on it was also scheduled for Monday, along with the main suit.

The judge then went further to deliver his verdict on Warmate’s suit.

Justice S.U. Bature upheld the three prayers of the suit, including the request that Abbo pay his victim N50m in damages.

The case was argued by Esosa Omo-Usah, leading. a battery of other lawyers.

The reliefs sought and upheld are:

*A Declaration that the Respondent’s violent assault on the Applicant on May 11, 2019 at New Banex Plaza, Wuse II, Abuja amounts to inhuman and degrading treatment and constitutes a breach of the Applicant’s fundamental right to the dignity of her person guaranteed under Section 34 of the Constitution of the Federal Republic of Nigeria 1999 (as amended).

*An Order directing the Respondent to publish an unreserved public apology to the Applicant in a national daily newspaper.

*An Order directing the Respondent to pay to the Applicant the sum of N50,000,000.00 (Fifty Million Naira) as general/exemplary damages for his unconscionable infringement and violation of the Applicant’s fundamental right to the dignity of her person when he violently assaulted the Applicant on May 11, 2019 at New Banex Plaza, Wuse II, Abuja.

In July, the criminal case against the Senator was struck out by a magistrates’ court for lack of diligent prosecution.

CHECK IT OUT:  We Will Continue With ‘Revolution Now’ Protest Despite Sowore’s Arrest – Organizers

But Warmate got justice in the court of Justice Bature.

“Today’s judgment was a victory not just for Ms. Warmate but also for all Nigerians and indeed for the Rule of Law’, said Esosa Omo-Usah,the lead lawyer in an emailed statement to P.M.NEWS

“With today’s judgment, the Judiciary has made a significant statement that no matter your station in life in this society, you will get justice if your rights are infringed upon, and no matter how highly placed you in in the society, justice will be served if you break the law.

“It is hoped that both the Senate and Senator Abbo’s Party will see today’s judgment as a critical commentary on Senator Abbo’s obnoxious conduct and that if they do not take necessary disciplinary actions against him, the stain of that despicable conduct captured in that viral video rubs off on them too”, he added.

Other lawyers who were part of the team were: Nosakhare Omokhua and Ademola Adeboye, and Ibinabo Warmate, Nelson Onuoha and Oluwajoba Odefemi.

Two other members of the team were Lugard Tare-Otu and Peter Chukwuma Okoroafor.