Rema Predicts Man City vs Arsenal As He Reveals His Favourite Player - NaijaCover.Com
Skip to content 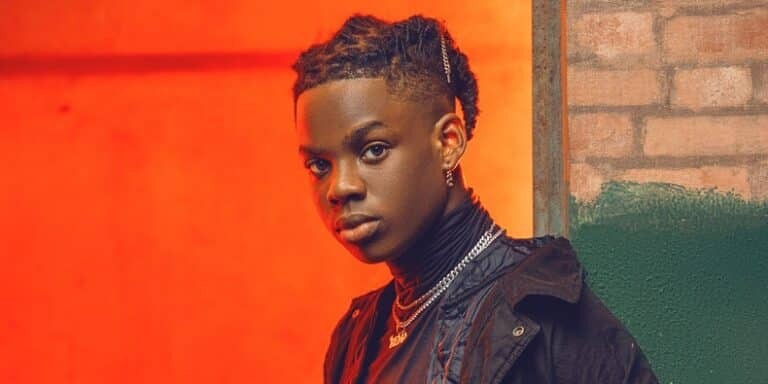 The 20-year-old is currently one of the biggest Afrobeats stars in Africa, but he is also a football fan that has a keen interest in the Premier League

The Benin born music star said this on BBC, where he was a guest of former Liverpool defender, Mark Lawrenson on football focus.

Manchester City take on Arsenal on Saturday as the Premier League returns following two weeks of the international break.

While Pep’s side go into the clash as the favourite, Rema has predicted a 5-2 victory for the Gunners, although that may be because of his affiliation with Manchester United.

Speaking to Lawrenson on how he started supporting the Red Devils, the 20-year-old said it was because of his brother.

“I love United because of him,” Rema told BBC Sport. “He used to play Fifa against me as United, and he would always win – so I always saw them as the winning team!

“We ended up having arguments over who would get to play as them – but, when I got the chance, I got attached to players like Carlos Tevez, Cristiano Ronaldo, Edwin van der Sar and Wayne Rooney, before I even saw them play in real life.”

The Woman crooner also revealed he grew up watching the likes of Kanu Nwankwo and Austin Jay-Jay Okocha, saying the latter was his favourite player.

“Jay-Jay was my favourite. I idolised him and I wanted to be a striker too, but sadly I would always end up in goal because I wasn’t that good,” the 20-year-old added.

CHECK IT OUT:  Cameroon Set To Sack Manager Clarence Seedorf After AFCON Exit