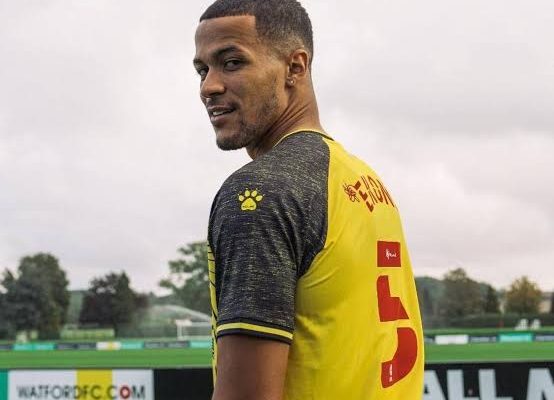 The Super Eagles vice-captain has not been on the losing side since arriving the Championship a couple of weeks ago, but there was no victory dance for the former Udinese man on Saturday

William Troost-Ekong starred from start to finish for Watford at the Vicarage Road against Bournemouth, but both former Premier League sides could only settle for a 1-1 draw.

But Chris Mepham equalized for the visitors deep into second-half injury time to earn a share of the points.

Nigerian international defender Troost-Ekong made his Watford debut in the Hornets’ impressive 1-0 win at Derby County last week. Still, he didn’t make it off the bench as another 3-1 victory was recorded over Blackburn Rovers a few days later.

Troost-Ekong started his second game for Watford against Bournemouth and he was solid in defence all game until a last-gasp loss in concentration denied coach Vladimir Ivić’s men the three points at stake.

The two other Nigerian footballers at Watford, Isaac Success, and Tom Dele-Bashiru, were not listed for the encounter.

While Dele Bashiru has featured twice for the Hornets this term, former Granada man Success has not played for Watford since a 2-3 defeat to Everton back in February.

CHECK IT OUT:  Regina Daniels reveals what she used to burn her belly fat after childbirth