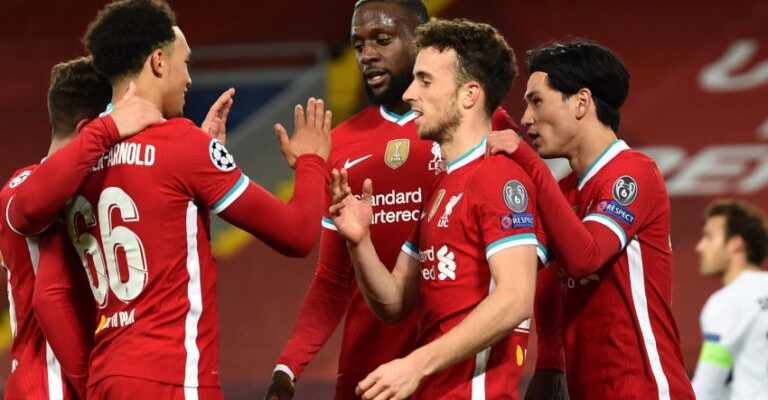 Several Big teams have struggled for consistency so far, but this weekend gives them the chance to turn things around.

Soccernet.ng provides betting tips for some of the selected games in Europe’s major leagues this weekend.

Before the win over Sheffield, Liverpool had lost to Aston Villa and drew at Everton. However, they will hope to build on their success over the Blades with another victory against West Ham.

David Moyes side have been impressive in their last two games, drawing against Tottenham and Manchester City.  The clash at Anfield gives them another chance to cause an upset this season.

Liverpool have won 28 of their last 29 home matches (Premier League).

Liverpool have scored at least two goals in 27 of their last 29 home matches (Premier League).

There have been over 2.5 goals scored in eight of Liverpool’s last nine games (Premier League).

There have been over 2.5 goals scored in five of West Ham‘s last six away games (Premier League).

Betting Tips:  West Ham may have picked up points against City and Spurs, but getting something at Anfield is going to be a tall order, especially with Michael Antonio likely to miss out.

Liverpool haven’t been all that convincing so far, but their quality should help them win this one. (Liverpool and over 2.5)

Spezia vs Juventus (Serie A): It has been a challenging start to the managerial life for Andrea Pirlo as his Juventus side have only picked up two wins from five games in the new Serie A season.

In fact, one of the two wins was the 3-0 walkover victory over Napoli after the Coppa Italia winners failed to turn up for the clash between the two sides.

The Old Lady played out a disappointing 1-1 draw against Hellas Verona last weekend and were beaten 2-0 by Barcelona in the Champions League on Wednesday.

They’ve missed the services of talisman Cristiano Ronaldo, who is currently in isolation, after testing positive for Covid-19.

But the Portugal international could return this weekend against Spezia, which is a game that allows Juventus to bounce back.  Spezia are a newly promoted side and have only picked up five points from five games.

There have been over 2.5 goals scored in Spezia’s last three games (Serie A).

Spezia have conceded at least two goals in their last three matches (Serie A).

Juventus have failed to win their last six away matches (Serie A).

Betting Tips: While Spezia will be eager to impress at home, it’ll be a surprise if they manage to pick something from the game. (Juventus Win)

Inter Milan vs Parma (Serie A): Like Juventus, it has not also been a convincing start to the season.  Antonio Conte’s men have just three wins from five games and are three points behind rivals, AC Milan, who sit at the top.

But despite their indifferent start, the Nerazzurri could go top when they host Parma this weekend- although other results will have to go their way.

For Parma, they are just one point above the relegation places but will be hoping for a repeat of last season’s performance, which saw them play a 2-2 draw at the San Siro.

There have been over 2.5 goals scored in eight of Inter’s last ten home games (Serie A).

Parma Calcio 1913 have conceded at least three goals in their last three away matches (Serie A).

Inter are undefeated in 12 of their last 13 matches (Serie A).

This is going to be a difficult game for Inter Milan, but Romelu Lukaku’s brilliant start to the season should give them the edge. (Inter or Both teams to score)

Real Madrid vs Huesca (La Liga): Real Madrid have taken the initiative in the race for La Liga following their 2-1 win over arch-rivals, Barcelona.

Los Blancos edged out their host to go six points clear- although the Catalan giants have a game in hand. Their Champions League campaign, however, have not gotten off to a good start as they had to come back from two goals down to salvage a point against Borussia Monchengladbach on Tuesday.

But they turn their focus to La Liga this weekend when they host newly-promoted Huesca.  Last time Madrid played at home in La Liga, they suffered a 1-0 loss to another new side, Cadiz.

However, the clash against Huesca gives them the chance to go nine points clear of Barca, pending the time the Blaugrana will play against Alaves.

SD Huesca have failed to win their last 11 away matches (LaLiga).

Real Madrid are undefeated in 16 of their last 17 matches (LaLiga).

CHECK IT OUT:  Student Shot Dead By Robbers Who Wanted To Snatch His Phone

There have been under 2.5 goals scored in five of Real Madrid’s last six home games (LaLiga).

Betting Tips: Madrid should win this one without breaking a sweat. (Madrid win)

Alaves vs Barcelona(La Liga): As stated earlier, Barcelona suffered a home loss to Real Madrid last weekend. Before that loss, they were also beaten by Getafe.

They, however, bounced back with a 2-0 over Juventus in the Champions League and will hope to take the momentum into their clash against Alaves.

Ronald Koeman’s side can’t afford to drop points on Saturday as they could find themselves nine points behind Madrid after just six games.

Barcelona have kept a clean sheet in their last eight away matches against Deportivo Alaves in all competitions.

Barcelona have won their last eight matches against Deportivo Alaves in all competitions.

Deportivo Alaves have seen over 2.5 goals in ten of their last 12 matches against Barcelona in all competitions.

Deportivo Alaves have failed to score in seven of their last eight home matches (LaLiga).

Barcelona have not been convincing this season, but with a lot at stake even at this early stage of the season, Ronald Koeman’s men should pick the maximum points. (Barcelona win or Under 2.5)