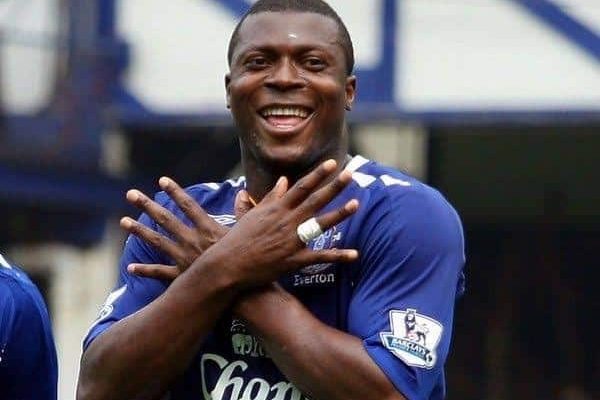 The former Nigeria international was a prolific striker in his prime and, after hanging his playing boots, he still can’t walk away from the game that brought him so much fame

Ex-Super Eagles forward Yakubu Aiyegbeni retired from football three years ago and has picked up a new career as a football agent.

Aiyegbeni was one of Nigeria’s most prolific strikers, with the former Super Eagles star netting 21 goals in 57 outings for the Nigerian national team. Only the legendary duo of Rashidi Yekini and Segun Odegbami has scored more goals for the three-time African champions than the one-time Blackburn ace.

At the club level, ‘the Yak’ had an even more impressive goalscoring record.

His goals lifted Pompey to Premier League promotion shortly after. He became an African great in England, featuring for Middlesbrough, Everton, Leicester, and Blackburn, and racking up a total of 96 Premier League goals – the third-highest African goalscorer in Premier League history.

Now the 37-year-old is striving to inspire others to fulfil footballing ambitions.

Aiyegbeni’s company, Wilbury Sports Management, helps aspiring players and coaches find their pathways into football, with a training centre in Florida and another planned for Cyprus.

“I’m now retired, but I can’t walk away from football,” the former Portsmouth star told Portsmouth’s The News.

“It’s not just all about being a football agent, it’s about hard work, just like the way I played football. This is the next chapter, and I want to learn, I’m learning every day.

CHECK IT OUT:  I’m Not Bothered If ‘Operation Amotekun’ Will Cost Me Second Term Ambition – Akeredolu

“I have seen so many young players thinking they are going to the top, but up there (in the mind), they are not strong. Mentally zero. So you make them believe they can do it.

“Other agents just want to sign the players; they don’t care if they train, it’s up to you. But I don’t want to be one of those agents just taking the money. I want to teach these boys how to become a better player.

“I have ten players now. We are not in a rush. Just take it day-by-day. I want to try to help these boys follow their dreams. Like I did.”