Another Super Eagles Striker Snubbed By Rohr On Target - NaijaCover.Com
Skip to content 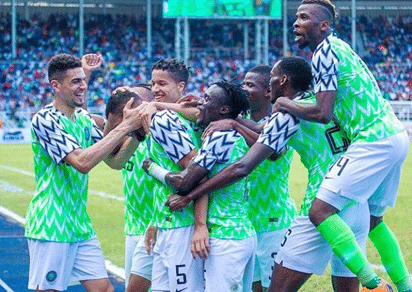 After Paul Onuachu, Cyriel Dessers and Anthony Nwakeme all scored for their clubs, another Nigerian international was also on target on Saturday afternoon

Simy Nwankwo, once again showed Gernot Rohr why he deserved a place in the Super Eagles squad after he scored his third league goal of the season in Crotone’s loss to Atalanta.

Simy has four Super Eagles caps, but the last of those came in the 2-1 loss to Argentina at the 2018 World Cup in Russia.

He was not included in Nigeria’s squad that will face Sierra Leone in a doubleheader Africa Cup of Nations qualifier next month.

But despite the snub, the 28-year-old continues to impress at club level. The strike against Atalanta was his third in six league games this season.

Atalanta took the lead through Luis Muirel in the 26th minute. The Colombian then scored his second seven minutes before half-time to give Gian Piero Gasperini’s a two goal lead.

However, Simy pulled one back for Crotone in the 41st minute. Simy and his side tried to find a way back into the game following the restart, but Atalanta held on for a precious win.