Comedian Ebiye receives N500k from stranger days after he was called out for debt - NaijaCover.Com
Skip to content 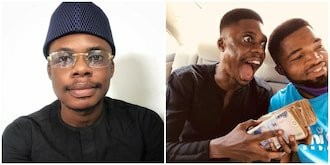 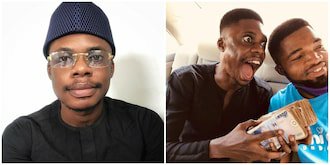 Nigerian comedian Ebiye has expressed excitement at the kind gesture of a man called Matthew Chima Aladi who gifted him a huge sum of money.

According to the comedian, Matthew does not know him from anywhere but he sent someone to give him the sum of N500,000.

Ebiye posted a photo of himself holding wads of cash as he excitedly posed for a photo with the man who delivered the money.

“Instagram family come and join me sing hallelujah!!! @mazigburugburu didn’t know me from Adam!!! yet, gave me a whole N500,000 via @bimbo_cash of @demicarefoundation. Thank you so much sir I really appreciate you sir! God no go shame you Mazi!. LoveWins.”

The gift comes a few weeks after Ebiye was called out online by a car dealer who said the comedian bought a car from him but was yet to pay him. According to the car dealer, Ebiye sold off the car and invested it in Forex. 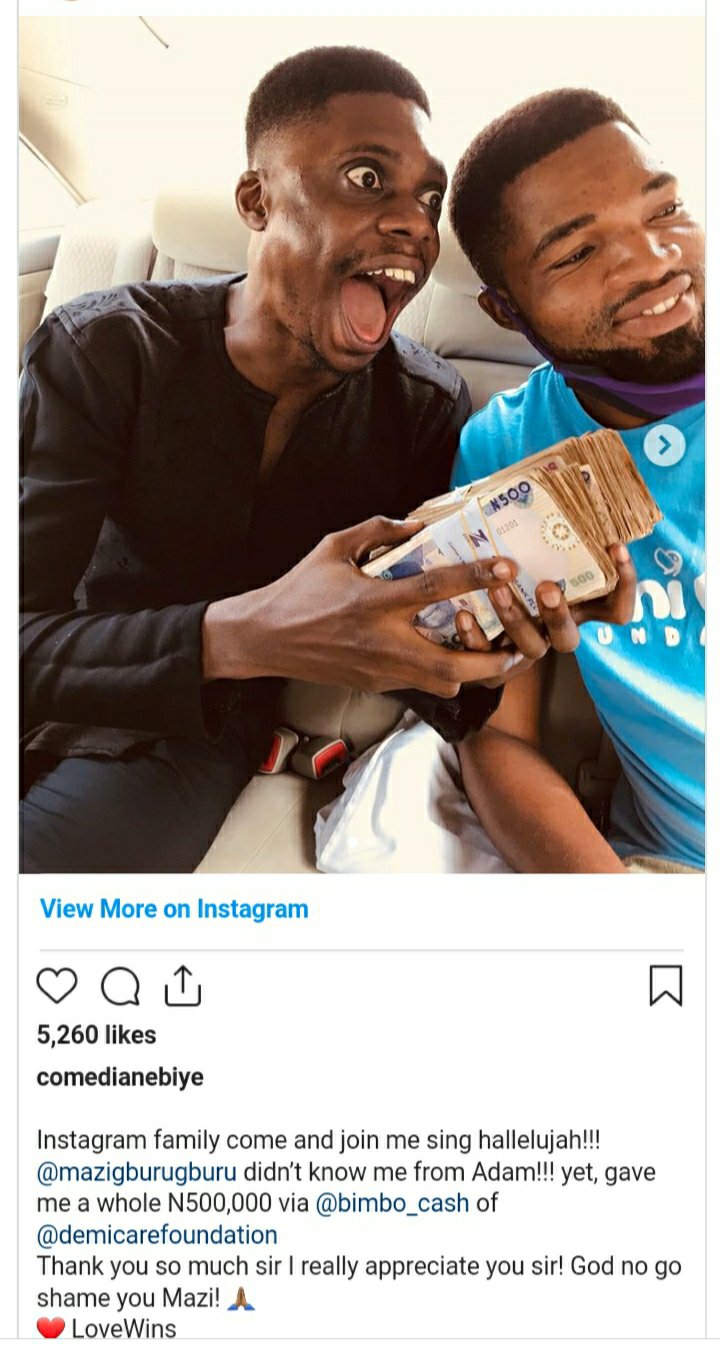 The post Comedian Ebiye receives N500k from stranger days after he was called out for debt appeared first on .

CHECK IT OUT:  Tiwa Savage Grabs Wizkid From Behind During Stage Performance (Video)