Excitement, Uncertainty In The Air As NPFL Returns - NaijaCover.Com
Skip to content 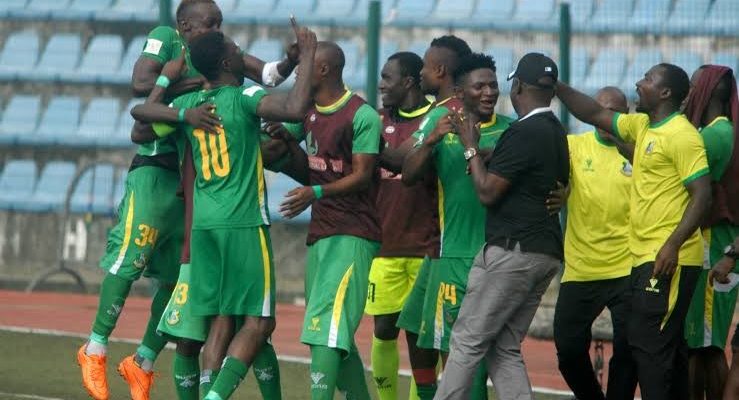 The Nigeria top-flight league is scheduled to kick off its 2020/21 season, but mixed feelings remain among watchers and actors of the game in the country

Almost nine months after the Nigeria Premier Football League 2019/20 season was suspended and later brought to a summary conclusion, the country’s first division is set to return on Sunday, December 27.

Plateau United were declared the champion of that campaign after the Points-Per-Game (PPG) model was used in determining the final standing of the 20-team championship.

After a few delays and postponements, the NPFL could begin this weekend, as the race to overthrow Plateau United commences in earnest.

A delighted former coach of Katsina united FC Henry Makinwa is convinced that all the league’s stakeholders, including players, coaches, administrators, and football fans, would be excited by the return of the NPFL.

“Congratulations to everybody and all the Football family,” Makinwa told Brila FM.

“We have been longing for that, you know. People have lost their jobs, so if football is back on Sunday by the grace of God, at least it will relieve people, action people will be moving up and down (the country).”

Rivers United defender Ifeanyi Anaemena has declared the readiness of the Port Harcourt-based side to face and outwit any foe pitted them against them when the league begins.

But the home-based Super Eagles star is not sure that the domestic championship will kick off this weekend as a number of his colleagues in other clubs are yet to leave for their venue of league engagements.

CHECK IT OUT:  “Why We Didn’t Use Server During 2019 Elections” – INEC Reveals

“I don’t really know how certain the game will be because some of our players like our colleagues in other clubs that we called said they didn’t travel for any game,” Anaemena told Brila.

“We are not certain, but we were told we would likely play. If the league should kick off on the 27th December, we will play we need to play to keep fit for Bloemfontein Celtics return leg.”

Should the league proceeds as scheduled, Wikki Tourists will host Rivers United, while Enugu Rangers will stay at home to trade tackles with Ifeanyi Ubah.

It is the battle of the stars when Sunshine Stars and Lobi Stars lock horns in Akure, just as a cracking game is expected to light up Owerri when Heartland try two-time African champions Enyimba International for size at the Dan Anyiam Stadium.